Rep. “Slaughterhouse” Sue Wallis: Slicing and Dicing a Wild Horse near You

by R.T. Fitch – Equine Advocate and author of  “Straight from the Horse’s Heart“ 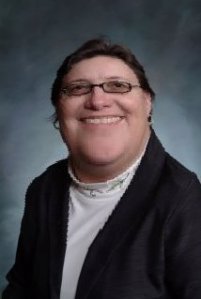 Over the past several weeks the bulk of the world celebrated the birth of new beginnings and entertained nostalgic visions of festive celebration, peace on earth and goodwill towards men.

But out in a remote area of beautiful Wyoming a small time, local politician continued to plot against and spread a web of deception about one of the last, true icons of the American West; our Wild Horse.  Well known for her twisted visions of Mustang Burgers garnished with large sums of Greenbacks to horrific scenes of bloody horse butchering, Rep. “Slaughterhouse” Sue Wallis couldn’t leave well enough alone and live out her remaining years underneath the rock of lies she has created.  No, she had to launch another impotent and misguided attack on the horses of the United States.

A self-proclaimed poet and, again, self-appointed CEO of an alleged 501(c)(3) organization that is  potentially an illegal “front” for the likewise alleged 501(c)(3) of the United Horseman’s Front who actively lobby, against IRS rules, to bring back bloody horse slaughter to the US and wipe indigenous mustangs from our public lands, (take a breath here) Wallis has sent an email to Congress in an open attempt to further her cause of killing off every free standing horse in the United States.

Wallis has a long history of tempting both law and fate with her efforts to personally promote her beef business while forming alliances with everything from pig farmers to Quarter Horse breeders.  Her common call to battle is that the ban on horse slaughter, in the US, is the cause of all the country’s fiscal woes and her tool for spreading her lies resides in everything from her ridicules “cowgirl poetry” to her illegal raffles to obtain funds to press for the return of bloody horse slaughter to the United States.

Just a little insight into this mind filled with spiders and cockroaches; an excerpt from one of her poems which is linked from her government web site:

know my place in the food chain.

Whether worms or cougars
get me first
depends on time and chance.

Don’t like to kill,
know how to butcher,
how to hunt,
think flesh is good,
and pure and food
for souls
and kids.

And, how can I possibly explain
that racing horseback,
loose and wild through
treacherous enchanting terrain,
sailing loops from
rope swung, weary shoulders
to catch wily mustang mares
is the most exciting,
and addicting occupation
known to
womankind.

“Mmmmmm, finger licken good, I am warm and tingly all over.  Is Freddy Kruger in the audience?”

That one ought to have Child Services knocking on someone’s door…and chasing down publicly owned Mustangs; isn’t that against Federal law?  But then again, flesh is good…bet those ole Wild Horse Hamburgers tasted good on the campfire.

Add to that her recent illegal “Raffle” fiasco.  Her original, flawed plan did not get off the ground so now she is hyping the across state lines gambling operation on her own website, in violation of her own state’s gaming laws…here’s just a little taste of the dialogue under the Dodge Truck that you might be able to win so that you, too, can drag your horse to slaughter.

We are excited to be proposing proactive legislation in 2010 at both the state and federal level that will actually improve conditions for horses, not advance some subversive agenda. We are better positioned than we ever have been before, but we need the full engagement of our grassroots to succeed.

We need your financial support, and we need you to spread the word to everyone that you know who understands why it is so important to address the two big issues that negatively impact the welfare of horses, and the equine industry today:

1) reinstituting horse processing the the U.S.; and

2) controlling the overpopulation of wild horses on public lands.

If you care about the ranching and rodeoing way of life, if you want to protect our private property rights and do what is right for horses and horse people-contribute $100 (or more…you’ll receive a chance for every $100) and receive your ticket TODAY!

Ain’t it great, kill the horses on all fronts…and remember, she is an ELECTED official in the state of Wyoming.  “Hello IRS, hello Attorney General, is anybody out there listening?”

And now for her latest, mindless attempt to destroy the equines of the US; a petition and letter to the Federal government, certainly there are an abundant number of Feds that want to be aligned with her philosophy…oh wait, there’s the Department of Interior and the BLM that would find this to be a tasty morsel:

To my colleagues in the US Congress, to the Obama Administration, and to the leaders of the various federal agencies who deal with the horse problem: Beware of, and do not allow radical animal rights activists and extreme environmental organizations the ability to determine the fate of the horses, the land, or the people. Those groups have no real connection, and only seek to line their own pockets by emotionally manipulating those who have no way of knowing any better.
Sincerely,
Rep. Sue Wallis, Wyoming
sue.wallis@unitedorgsofthehorse.org

Oh, Sue honey, I bet you wasted your entire holiday season thinking that nonsense up and only God knows how many pencil erasers sacrificed their lives while you attempted to construct those two, measly little sentences, what a pity.

Sadly, in the 48 hours that your little note has been posted only one other person joined your cause and that was probably either your self-admitted mustang murdering pal, Conrad Burns or Montana’s other buffoon, Rep. “Red” Ed Butcher.  What wonderful company you do keep.

Darling, listen closely, the major “horse problem” that our country has is you, only you are the one who does not get it.  And the pro-horse activists, preferred reference is “advocate”, that I know all own horses, most live on their own farms, eat normal diets and finance their own advocacy.  After many years in the horse rescue and advocacy circles, trust me, it ain’t about money coming in, it’s all about money going out.  Check our legitimate tax returns and you would see.  (Unlike yourself, we adhere to Federal IRS law)

So, sweetheart, crawl back into that dank corner that you slithered out of and lick your wounds while you await election day; as your judgment is coming.  That pin prick of white light that you see on the horizon is the blazing headlight of a freight train full of Karma headed right in your direction and it has the souls of thousands of equines onboard who have your name branded onto their tortured souls…and it ain’t gonna be pretty, but then again, neither is your public facade.