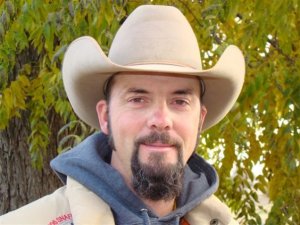 HOUSTON, (Horseback) – The federal Bureau of Land Management will not lose the services of its $140,259 Wild Horse and Burro Program director, Don Glenn, for even a minute to attend a planned slaughter “summit” in Las Vegas.

Glenn’s name was among those of several high government officials who were called to the nation’s gambling capital by an obscure pro-slaughter group, United Horsemen.

BLM Chief Washington spokesman Tom Gorey earlier said none of the officials had confirmed they would be going.

“Your journalistic integrity is in question after Don Glenn and I had a long conversation about Your Lies (sic). He did not say those things to you and I do know who did. Stop bullshitting. That person was out of line for telling you what was already CONFIRMED,” he said in a series of emails to the magazine yesterday that were laced with profanity.

“Don is not going to the conference,” he said.

The BLM is under fire from wild horse advocates for an accelerated capture program that has taken tens of thousands of protected animals from their native habitat in the American West. The agency is often accused of selling wild Mustangs to slaughter, a charge Gorey stoutly denies.

Duquette’s organization claims the abolition of legal horse slaughter in the United States has destroyed the low end of the horse market despite USDA reports to the contrary. While horses are no longer going to packers in the United States, thousands are still being shipped abroad to Mexico and Canada.

Breakout sessions are billed as The Politics of Land and Horses, The U.S. Horse Industry – Protecting Our Horseback Cultures and Livelihoods, Efforts to Provide Humane and Economically Viable Options, and Canadian and United States Connections in the Equine Economy.

Duquette has made no further claims about the attendance of any of these officials. Gorey told Horseback Magazine Wednesday   that his earlier statement that no BLM officials had accepted the invitation still stands.