By Charles Ashby as published in The Daily Sentinel

“The BLM is intent on removing an entire herd, but both the language and spirit of the Wild Horse Act protect wild horses from elimination…”

A Front Range horse rescue group is trying to block the Bureau of Land Management from doing any more horse gathers in the West Douglas Herd Area near Rangely, CO. 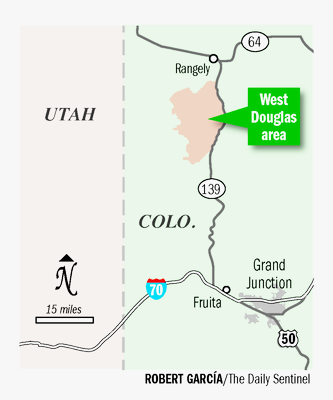 That group, Front Range Equine Rescue, filed an appeal with the U.S. Department of the Interior on Thursday, saying that a BLM decision in July ultimately calls for removing all horses in the 128,000-acre herd area.

The group’s main argument is that by removing horses from its land, the BLM is violating the federal Wild Free-Roaming Horses and Burros Act of 1971.

“The BLM is intent on removing an entire herd, but both the language and spirit of the Wild Horse Act protect wild horses from elimination,” said Hilary Wood, the rescue’s president. “This irreversible action will permanently alter the natural diversity of the range and damage herd health in the adjacent areas that are also under the BLM’s management.”

BLM officials, however, say they are trying to manage the horse herds, but said their job goes far beyond that. They also have other plant and animal life that they have to think about.

Additionally, much of its responsibilities in dealing the horse herds are in designated horse management areas, and the West Douglas Herd Area isn’t one of them.

“A complete gather would be extremely difficult and we have no immediate plans for a future gather that I’m aware of,” said BLM spokesman Chris Joyner. “The issue isn’t West Douglas. The issue is (allegedly) excess horses. It’s an area that we feel like can only sustain about 30 horses.”

The real herd management area is adjacent to that, east of Douglas Creek and in the Piceance Basin, and it has an even alleged bigger problem with horse overpopulation, Joyner said.

Last month, the BLM gathered 167 horses from the West Douglas area, leaving about 200 still there, far more than the area can sustain, Joyner said. He said the larger herd management area has about 390 horses, about 150 more than the land can sustain.

“We’re following the act exactly as it’s written,” Joyner said. “We have to look at the sustainability of the ranges and having to help the ranges for every species that’s out there. During the gather I saw my first badger, I saw a bobcat and I saw a black-footed ferret. Those are animals that need that range, too, and we have to manage it for all those species.”

“How about all of the private, welfare cattle that outnumber the horses 4 to 1 out there, Mr. Joyner…are you taking them off from the public land, also?” (we all know the answer) ~ R.T.