Lawmakers feel White House left them out of the loop

Is it a reorganization or a dismantling?

That’s the question increasingly puzzling western congressional delegates as President Donald Trump pushes ahead with an extensive shakeup at the Bureau of Land Management. 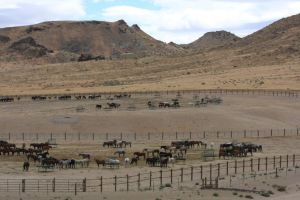 The administration’s plan, first debuted in July, would see 27 top administrators moved out of Washington D.C. to a new, smaller BLM headquarters in Grand Junction, Colo. Another 350 bureaucrats would be scattered around state offices in Wyoming, Colorado, Utah, Idaho, Oregon and Nevada.

Defenders say the changes will bring bureaucrats closer to those most affected by their decisions. Almost all of the roughly 250 million acres overseen by the agency is situated west of the Mississippi River.

But detractors fear the reorganization is merely a thinly veiled attempt to neuter the BLM by keeping key staffers far away from the levers of power in D.C.

“This appears to be nothing more than a poorly-veiled attempt to dismantle a federal agency,” Grijalva said. He went on to characterize the reorganization as a “hastily planned, poorly researched and questionably motivated” attempt to “sell out our environment and natural resources.”

Pendley — a conservative lawyer and previously an outspoken advocate for selling the public lands he’s now charged with managing — told Grijalva he didn’t know how the move might affect employees or how many might be interested in relocating out West.

He estimated it would save taxpayers $90 million over 20 years, citing figures from the Office of Management and Budget.

That did not seem to put Grijalva at ease.

“Is there a national legislature forming in Reno that none of us here know about?” he asked, referring to the Reno-bound legislative affairs staffers. “Suspicions about this move abound, and they should, given the fact there’s been no transparency on it.”

Horsford, who sits with Grijalva on the Natural Resources committee, told the Reno Gazette Journal the reorganization plan was developed behind closed doors with minimal outside input from lawmakers.

“The plan is riddled with significant errors in judgement, ethical concerns and implications which the administration would prefer to ignore,” he said in a statement. “The administration’s move is a reminder of why Congress holds (the) power of the purse.

“Decisions impacting taxpayers must be made with consultation, collaboration, research, debate and compromise; things this administration’s decision lacks in nearly every regard.”

“I’d be more than happy to provide an in-depth analysis on the plans as soon as someone with the (Interior) Department finds time to give me a briefing on the issue,” Amodei said in a statement to the RGJ. “My office has yet to be briefed on DOI’s original department-wide relocation proposal since it was announced more than two years ago.”

The BLM’s Reno office did not immediately return requests for comment.

About two-thirds of Nevada’s 48 million acres is managed by the federal government.

The Trump administration hopes to complete its planned BLM revamp by the end of 2020.