One needs to have a lot of pity on the family of retiring Montana Rep. “Red” Ed Butcher; you know that they have to cringe each time he steps before a microphone, picks up a phone or opens his mouth in general. There is just no way that this man’s lips can part without him sticking his foot clear up his mouth until his eyes bulge out; it’s got to be painful for those who are related to him, at least just a little bit.

Last week we reported that “Red’ Ed had decided not to run for re-election and the world gave off a collective sigh of relief, but just when you thought it was safe to let the kids play outside and to release your horses out of the barn ole “Red” Ed shares his “plans for the future”. It just goes from dumber to dumbest.

HOUSTON, (SFTHH) – Montana state Rep. “Red” Ed Butcher was reported to “hang it up” earlier this week on Straight from the Horse’s Heart (SFTHH). Butcher had filed for re-election but withdrew on Monday, the final day to file for a Montana office this year.

Within days of pulling his name from the ballot “Red” Ed has already shown his hand during an interview with a local Montana Newspaper, the Independent Record. Cited for politically incorrect improprieties, while in office, and found guilty of verbal indescrtions Butcher remains true to form when describing his future, planned activities. 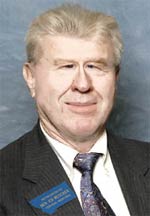 Bloody “Red” Ed Butcher still trying to promote “Flicka Fillets” in Montana through Communism Hot off the press from the Billings Gazette’s Tom Lutley Foreign investors are considering Hardin, MT for a horse-slaughtering plant, according an economic development official who recently toured a potential site with interested parties. […]

By: Myrt Price, WFTV.com and Adam Poulisse, WFTV.com A horse that was being boarded in Summerfield was found dismembered and butchered late last month, according to the Marion County Sheriff’s Office. Deputies on May 29 responded to the scene and met with Cindy Downs, the property owner who […]

By Nicole Acevedo of NBC News The owners of the horse, named Whip, said they found him slaughtered in a pasture next door to their home A family in Florida found their horse slaughtered in what authorities called a “horrific crime.” Officers were called at around 8 a.m. […]

By Nick Dole, as published on ABC.net.au A Queensland abattoir (slaughterhouse) responsible for the mass slaughter of racehorses will be investigated for alleged animal mistreatment, the Queensland Government has announced. The ABC’s 7.30 program was given hidden-camera video taken at the Meramist Abattoir in Caboolture, which showed former […]

By BRIAN MAFFLY | The Salt Lake Tribune Subsidized Welfare Cattle Okay – Federally Protected Wild Equines to be Slaughtered Federal management of wild horses has been a dismal failure, resulting in ecological and economic havoc on Utah’s public ranges, according to new legislation that seeks repeal of […]

SOURCE:  examiner.com           by Heidi Rucki Two butchered horses found. Investigation is ongoing Facebook   In an all-too-familiar scene in Florida, the gruesome butchered corpses of two horses were found midweek near the road in Lehigh Acres by a couple driving by the intersection […]