At a Statehouse dominated by elephants, the donkey got some love in a short parade in downtown Austin on Wednesday.

The occasion was a protest of the Texas Parks & Wildlife Department’s shoot-to-kill policy concerning feral burros in Big Bend Ranch State Park. Marjorie Farabee , founder of the Wild Burro Protection League and director at the Wild Horse Freedom Federation, had a helper drop some 103,000 petitions against shooting the burros at Lt. Gov. David Dewhurst’s office.

“Because Gov. Perry’s office refused authorization of delivery,” Farabee said. “Be sure you write that.”

Tomorrow, 1/18/2011,the Wild Burro Protection League and Red Horse Nation will be herding burros to Austin to deliver more than 100,000 signatures to Governor Rick Perry.

The signatures are part of a Change.org petition demanding that the Presidential hopeful stop his administration’s wild burro slaughter in Texas’ Big Bend Ranch State Park.

Gov. Rick Perry — who’s bragged about gunning down a coyote on a morning jog (to save his daughter’s dog, he said) — is steering clear of a controversy over the shooting of burros in Big Bend Ranch State Park by Texas government workers.

By Debbie Coffey, V.P. & Dir. of Wild Horse Affairs, Wild Horse Freedom Federation The Bureau of Land Management announced three new members to the BLM National wild Horse & Burro Advisory Board.  One of them is Barry L. Perryman.  The BLM had this to say about him: “Dr. […]

No Fences on Perry’s Texas Border, but They Shoot Immigrant Burros

On October 18, 2011, during a Republican presidential debate, Texas Governor Rick Perry accused former Massachusetts Governor Mitt Romney of lying when Romney denied hiring illegal immigrants to work on his property. Apparently, Romney did hire a lawn company in 2006 that employed illegal immigrants, but he fired the company when he learned of the immigration status of its employees.

The illegal immigration issue is like a soldier’s sword for Perry, used repeatedly to slash at Mitt Romney, who is in favor of a border fence between the U.S. and Mexico.

Odd that Perry would argue against a fence when he fully advocates the shooting of “immigrant Mexican” wild burros that the Texas Parks and Wildlife Department claims are sneaking across the border into Big Bend Ranch State Park.

Shoot on Site Burro Petition Reaches 60,000 Names as Perry Does Nothing to Save Texas’ Last Herd

WASHINGTON, DC (WBPL) – More than 60,000 people across the nation have joined an increasingly popular campaign on Change.org calling on Texas governor and Republican presidential hopeful Rick Perry to stop the extermination of wild burros on state land. 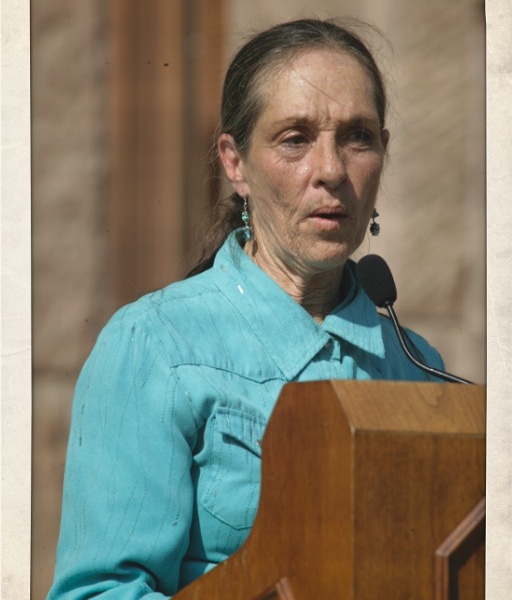 The day before Easter, Texas Wild Burro Advocates and domesticated donkeys converged upon Austin, Texas to march in protest against Texas Parks and Wildlife Department’s (TPWD) policy of killing Texas’ last remaining wild equine herd, in Big Bend State Park, to make room for the re-introduction of Desert Bighorn Sheep for hunting permit dollars. Under police escort the band of humans and donkeys paraded in front of the state capitol and circled the Governor’s Mansion while chanting, “Rick Perry Stop Killing our Wild Burros.”

The Mad King Flies His Flag

Opinion by Timothy Egan as published on The New York Times The emperor of the outdoors rode into town on a horse named Tonto, and soon demanded that his own special flag fly outside his headquarters whenever he was in Washington. He believes fracking is proof that “God […]

Video by Johnny Bomblast “I have to confess, I am caught between a crazy Cat Lady (Terry, my wife), who is about only one horse away from being called the Nutty Horse Woman and a Donkey/Burro Advocate (Marjorie Farabee) who both of which are always after me about […]