Category: The Force of the Horse

The voice of the horses where opinions-editorials (op-eds) speak out for those who cannot speak for themselves. Submissions may be sent to editor@rtfitch.com 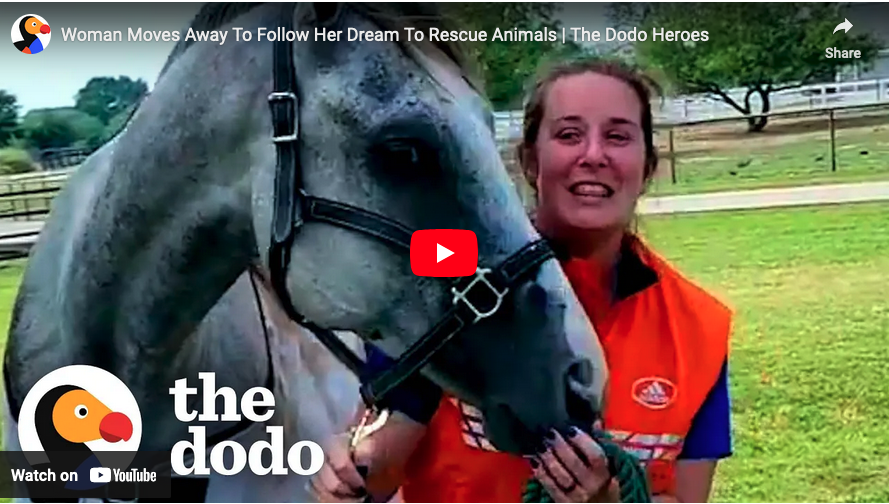 Feel Good Sunday: Video~Woman Moves Away To Follow Her Dream To Rescue Animals

Source: The Dodo Rescuing animals in need is her chief priority in life!!

“Are you an animal lover? Then you’re likely also a lover of The Dodo.com, the website made by and for animal people all over the globe. Check out a profile of one of the countless four-legged creatures featured on the site, Ronnie the Donkey, as he celebrates his […] Feel Good Sunday: Video~This May Be the Tiniest Pony in the World

With his little mane and big appetite, Pumuckel the Shetland horse gallops around Western Germany stealing hearts and mending some, too… He works as a therapy pony for adults and children. “Just like with humans, ordinary people can give birth to children of small stature. That’s what you […]

Source: By Gary Gastelu as published on  Fox News Travis Pastrana and Black Rifle Coffee Company honor America’s heroes… Travis Pastrana is honoring America’s veterans by chasing a World War II veteran around a Texas town in a police car. But it’s all for fun, and a good […]

Feel Good Sunday: 30 Horse Quotes Every Equestrian Can Relate To

Source: The Dodo  By Olivia Harvey The relationship between horse and caretaker is strong… Equestrians and horse lovers know that there’s nothing more special than a bond with a loyal horse. And if you’ve been looking for the perfect quote to put that love into words, then you’ll […]

Fall from grace – from saving wildlife to exploiting them for cash

by Staci-lee Sherwood as published on RealityCheckswithStaciLee “Back in the 1990’s Defenders of Wildlife was the non-profit that got things done, at least for wolves…” During the 90s they were the face of wolf conservation, helping to restore them back in Yellowstone National Park and Idaho. The group […]

This is the time of the year when crazy folks, I may be one, embarrass themselves, their children and even their pets by dressing up in some pretty frightful attire.  By the looks of this slideshow, horses do not appear to be exempt from this affliction…one thing is […]

The Dodo Kids Martha is a dwarf pony who loves running and dancing, especially moonwalking. But her legs don’t bend the right way, and moving too much makes them really sore. With the help of some horse experts who know exactly what to do, we can get her […]

A brand-new music video dedicated for Wild Horses is in the works! Stay Tuned! It will premiere at the EQUUS FILM & ARTS FESTIVAL in Sacramento, CA (Dec. 2-4, 2022)