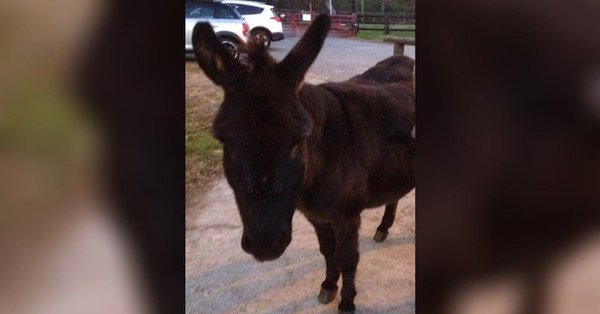 By Dom Calicchio | Fox News The noise was probably too much for Sammy the Donkey, a Georgia farmer says. John Bogino of Seven Gables Farm, north of Atlanta, says Sammy (short for Sambuca) probably couldn’t take the explosions from nearby Fourth of July fireworks. “The sounds were […]

From Grandma Gregg I am ATTACHING my public comment for all of you in hopes that you may find something to use for your personal comment letter – I think it is due this Sunday. Note multiple email addresses at the bottom of my letter. As long as […]

Story by Robert Stevens as published on the Sanpete Messenger “They were perfectly healthy on their rightful, healthy range but once captured, abused and mismanaged by the out of control BLM they contracted a mysterious and rare illness that caused their deaths.  Stranger than fiction and very convenient.  […]

FoxNews.com “When the horse came up to him he actually opened his eyes…” Vietnam veteran Roberto Gonzalez’s final wish was granted Saturday when he was reunited with his beloved horses — Ringo and Sugar — outside of a Texas VA hospital. Gonzalez, of Premont, Texas, who was shot […]

A Fourth Horse Dies at the Notorious Calgary Stampede

Source: TheStar.com Calgary Stampede to Examine Equine Safety CALGARY — There will be a review of animal safety following the death of a fourth horse during the chuckwagon racing event at this year’s Calgary Stampede. The 16-year-old horse, named Ezzy, had to be euthanized after it tore a […]

Source: National Pet Rescue Examiner Portsmouth Police Officer Brian Davis and his wife Jennifer Davis were charged on Tuesday for animal cruelty in the starvation death of their former horse. Officer Davis, 34, was assigned to the K-9 Unit, and has been temporarily transferred to an administrative position […]

Source: CBSAtlanta.com “I just wailed and wailed over them. They were like my kids…” BARTOW COUNTY, GA (CBS ATLANTA) -Things just aren’t right at Jon Ellis’ stables. “Now there is no one in here to take care of,” Ellis said. Ellis and his wife Jennifer Short raised and […]

Information supplied by the HORSE via an edited Press Release “The exact cause of the problem remains unknown…” he Bureau of Land Management (BLM) continues to investigate the deaths of 19 wild horses at its Cañon City Wild Horse Inmate Program facility. To date, 19 horses have died and 9 other […]

“In early November of 2011 a three person Parole Board, in rural Nebraska, met with convicted Wild Horse Killer, Jason Meduna, and discussed setting him free; very, very early. If you are not familiar with this convicted animal abuser and his heinous crimes please click (HERE) as the record is long and to retell the gory details is beyond me at this point. But his former neighbor, the one who was forced to bear his abuse and accused of poisoning his horses as he let them die of starvation and no water, took the time to order the CD of his hearing and transcribe it for your review. We offer no commentary, at this point, but simply the recorded conversation that went back and forth between four individuals who, obviously, have no love for the gift of life and the beauty of equines but instead only see the narrow-minded path that best serves their individual needs. May God have mercy on their souls.” ~ R.T. 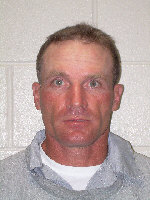 A Morrill County, Nebraska rancher convicted of letting more than 200 wild horses and burros starve is scheduled for a parole hearing Wednesday at the Lincoln Community Corrections Center. 44-year-old Jason Meduna was convicted in January of last year of 145 counts of cruel neglect of an animal resulting in injury, illness or death.

Meduna was ordered to serve 40 months to 10 years in prison by District Court Judge Leo Dobrovolny, who also stated that Meduna could not reside with any animals for 30 years.

The starving horses were discovered on Meduna’s Three-Strikes Ranch south of Alliance in April, 2009. Law enforcement removed the ailing animals from the ranch and transported them to the Morrill County Fairgrounds in Bridgeport. Over 30 animals were found dead at the ranch.