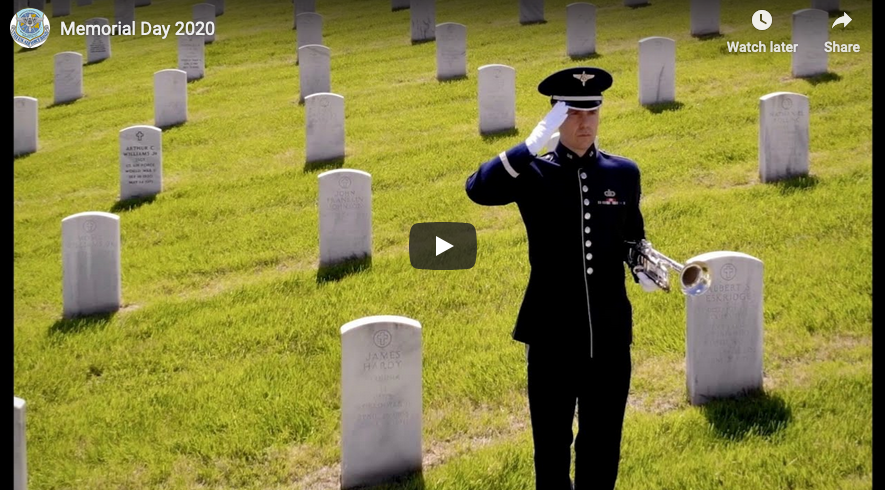 As we respectfully celebrate this Memorial Day, let us reflect on the tremendous price that was paid by the brave men and women who gave their lives in service to our country. Through the sounding of Taps, members of The United States Air Force Band solemnly render honor to those who have given the ultimate sacrifice for their country.

A long-held musical tradition at military funerals, the music of Taps originated from a Civil War bugle call entitled, “Extinguish Lights”. A plaintive call, the sounding of Taps signals the end of the fallen serviceman’s duty and is the final tribute from a grateful nation.

To those who have given the last full measure of devotion, we honor your service, pay tribute to your lives, and thank you for your selfless sacrifice.

Feel Good Sunday: Remembering all the Animals of War this Memorial Day

by Dr. Marty Becker Monday is Memorial Day in the U.S., a day to honor those who have their lives for our country and for freedom around the world. Among that number were many who never volunteered but still served: the dogs, birds, horses, and mules of war. […]

Source: History.com “This weekend we honor those who gave the ultimate gift to keep us safe, free and prosperous while living in the greatest country on the planet, the United States of America. To those who died for our well being we bend a knee and thank them […]

“Please remember to join myself and other fellow Americans in taking a moment of silence at 3 PM today in honor of all the heroes who gave the ultimate sacrifice so that we can live free and unfettered in the greatest country in the world, the United States […]

Today, and tomorrow, we will deviate just a tad from our normal format so as to respectfully honor those who have served and given the ultimate sacrifice so that we, as Americans, can live in a free and prosperous nation. I, for one, am moved to tears for the sacrifice that has been made for all of us, collectively.

But how many of us know the true history of Memorial day, it’s roots and evolution in our society? Not as many as you would think. So today we will share with you bits of information that may give you more understanding into why we celebrate and add additional depth to the feelings that stir within you.

by Jocelyn Pierce as published on Equitrekking.com “Throughout the United States’s military history, the horse played an indispensable role. “ Memorial Day is a day of reflection and remembrance to honor those who gave the ultimate sacrifice and lost their lives while serving in the military. Perhaps the […] 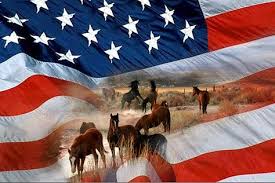 by Amanda Uechi Ronan and published on Horse Nation “As a person who has enjoyed the company of many horses over the years, I thank heaven that I have never had to take one to war.” ~ General Sir Frank Kitson The first records of horses used in […]

The Women Who Also Gave Their Lives

Source: Cate Lineberry of Fox News “It’s memorial day and we honor those who paid the ultimate price to ensure our life, liberty and freedom.  This blog is dedicated to the horse but the biggest readership, most advocates and those who keep my male Texas mind in line […]

Source: Multiple “It is not only ‘Feel Good Sunday’ but also Memorial Day weekend where we honor those who have paid the ultimate price so as to ensure our freedom, safety and way of life for our families and friends.  Today we look at horses, of course, while […]