I urge the BLM to extend the deadline for comments to the Black Mountain Wild Burro Gather and Population Management EA, given the widespread disruption currently caused by the COVID pandemic.   Given the strains placed on all agencies, those working in health and all members of the public, I urge a moratorium on any plans to roundup and remove the wild burros. 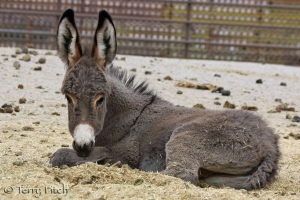 I have followed developments in the Black Mountain HMA since adopting 2 burros from that range in 2011.  This is the largest BLM-managed wild burro herd.  These desert burros are hardy, amazing survivors that have a long story to tell.  They’ve inhabited the region since first being introduced by Spanish colonizers; they began packing in Arizona in the 1700s.  They are important genetically; they are vital, unique partners in the delicate desert ecology; and they have great value as heritage wildlife.  My objections to this incomplete, biased and fanciful EA include: