By: William E. Simpson II In a paper titled ‘Potential spread of cheatgrass (Bromus tectorum) by feral horses (Equus ferus caballus) in Western Colorado’ by Kate Schoenecker and Daniel Manier, who work for the United States Geologic Service, wild horses are alleged as the problem in regard to […]

Source: The Dodo Series “Soulmates” This donkey fell in love with his human brother at his new home, it’s a Win/Win all the way around!

By Rachel Nostrant as published in the Army Times An Army report covered by CNN this week revealed that military horses serving as pall-bearers for Arlington National Cemetery have been suffering poor-living conditions, with one horse recently dying in February with 44 pounds of gravel and sand in his […]

Feel Good Sunday: Video~Woman Spends Over A Year Trying To Find Wild Horse And All Of His Mares And Babies

Clare Staples and her crew at Skydog Sanctuary work their magic, once again! When this wild horse dad and his family were rounded up and sold, one woman promised to track down every mare and baby for him — watch how proud he is to finally run with […]

The American Heritage of Wild Horses

By: William E. Simpson II Our history is important when it comes to managing our public lands, natural resources and wildlife. Much of our factual history today is being obscured by the white-noise of ignorance and politics that abounds in the media, where hearsay and monetary-motivated myths are […]

Leading the horse out of the stables on a sunny day in Kalnikow, a small village in Poland near the Ukrainian border, Iefimova said she drove to Ukraine two weeks ago to rescue it from harm’s way. “I know that my horse would be left alone in Ukraine […]

by William E Simpson II – also published on the Pagosa Daily Post Most Americans today realize that in many cases money drives politics and policy. Natural resources management in America today suffers from that fact. In regard to the government’s current mismanagement of native species American wild […] 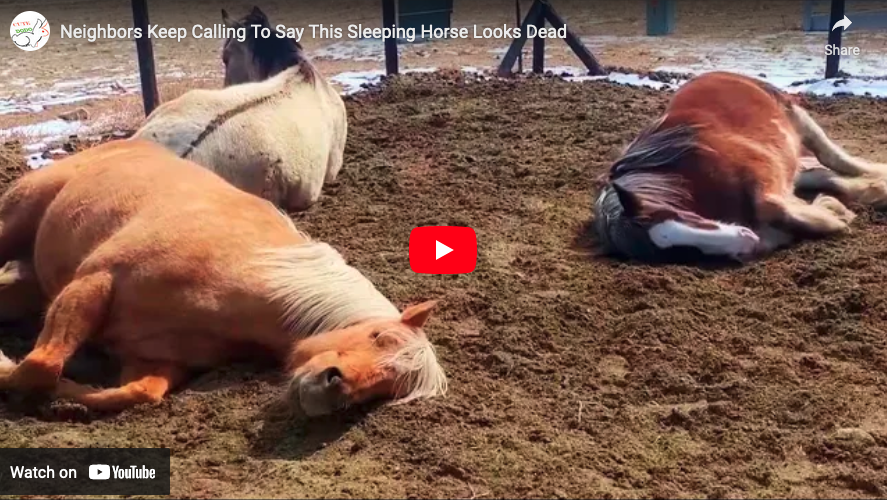 Source: The Dodo Horse sleeps so soundly in the field that neighbors keep calling to report her dead — until they see her other hobby 😂

Source: The Dodo Faith=Restored Giant rescue horse gives up the bachelor life for the perfect partner — watch what happens when they try to share a beer 🍻❤️

By Robert Bauer Advocates Playing into a Conspiracy Documenting and studying the issues concerning this nation’s wild horses and burros, has been my heart since 2009, as well as working in conjunction with others for their preservation in the wild. The wild horse and burro issue has affected […]