Announcing The Daily Pitchfork! Journalists Vickery Eckhoff and James McWilliams have started a website to “bring accuracy and context to the way media presents and analyzes animal issues. They will do this by showcasing the best animal journalism, constructively critiquing the rest, and providing the media with valuable resources […]

“In my most OUTRAGED Opinion” by R.T. Fitch ~ co-founder/president of Wild Horse Freedom Federation “If Dumb and Dumber had kids, this boy would be their prodigal son!” There’s an age old adage that says, “Even a fool is considered a wise man, until he speaks” or in […] 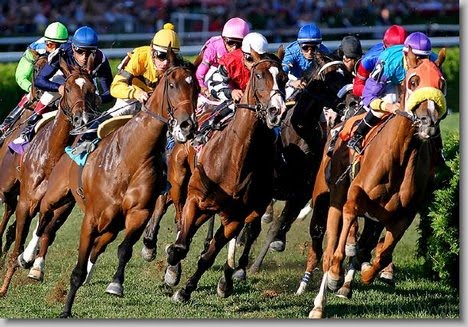 WASHINGTON — The United States Anti-Doping Agency is the last and best hope to return safety and integrity to the troubled sport of thoroughbred racing, members of the industry told Congress at a hearing Thursday.

Source: By STEPHEN CASTLE of the New York Times “Eight horses slaughtered in Britain for human consumption tested positive for bute…” LONDON — After disappearing briefly from public view, the scandal over horse meat sold as beef re-emerged on Wednesday with an alert over 50,000 tons of meat […]

By STEPHANIE STROM of the New York Times Inept U.S. Government Decision Baffles Experts The United States Department of Agriculture is likely to approve a horse slaughtering plant in New Mexico in the next two months, which would allow equine meat suitable for human consumption to be produced […]

By WALT BOGDANICH of the New York Times “This is only a ticking time bomb…” Early on the morning of May 26, Kristen Williams and her daughter, Katie, arrived at a barn on the grounds of the Devon Horse Show, where elite competitors in full dress have entertained […]

By JOE DRAPE of the New York Times The meat of American racehorses may be too toxic to eat safely… PARIS — For decades, American horses, many of them retired or damaged racehorses, have been shipped to Canada and Mexico, where it is legal to slaughter horses, and then processed […] 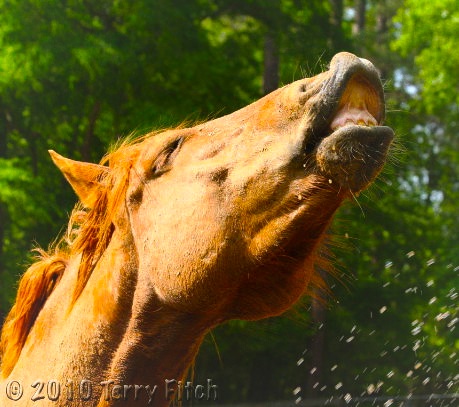 By LIZ ROBBINS of the New York Times The “80%” Stop Predatory Horse-Eaters M. Wells Dinette, the highly anticipated reincarnation inside MoMA PS1 of a celebrated Queens restaurant, has been open for only five days, but its chef and owners have already removed a controversial item planned for […]

A Horse That Enjoys the Spoils of Defeat

GEORGETOWN, Ky. — A horse that never posed in the winner’s circle is living the good life this summer on a scenic Kentucky farm, and his losses could mean a big win for retired thoroughbreds.