story by JULIA HORTON of the Scotsman.com 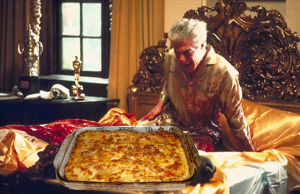 PRESSURE is mounting on the Scottish Government to do more to protect the nation’s “cornerstone” beef industry from the growing horse meat scandal as politicians south of the border urged people to buy from local producers.

Angry farmers are due to hold talks with the head of Scotland’s Food Standards Agency tomorrow to raise concerns that public fears over the possible health risk of eating contaminated food could seriously damage the hard-fought reputation of their business.

The Scottish Greens called on food standards minister Richard Lochhead to make a statement about the scandal in parliament as he continued debating the issues behind the scenes with a phonecall to UK Environment Secretary Owen Paterson today.

A spokesman for the National Farmers’ Union Scotland said: “The mood among farmers is of anger and frustration. The beef industry is the cornerstone of the Scottish food industry, with 20 per cent of agricultural output from the beef sector. Farmers have put a lot of effort into the Scottish beef brand and reputation, meeting traceability requirements driven by retailers, and then they look at something like this involving cost-cutting and possible criminality which could obviously damage or taint their industry and is largely out of their control.”

In England, chair of the Environment, Food and Rural Affairs Select Committee, Conservative MP Anne McIntosh, said today: “I think the clear message is none of our meat, none of our slaughter houses, are implicated and we should be buying as local as possible.”

Repeating calls for a ban on importing meat from the EU she added: “I believe there should be a moratorium on the movement of all meat until such time as we can trace the source of contamination.”

However Mr Paterson said that under EU rules a ban could only be introduced if beef contaminated with horse meat was found to be a health risk.

He added that no evidence of that had been found yet, but if further tests confirmed fears that contaminated meat does pose a risk he would “take the necessary action”.

The UK Food Standards Agency ordered food companies to analyse all processed beef products for the presence of veterinary drug phenylbutazone – which is used to treat horses for arthritis but can be harmful to humans – after it emerged that some Findus ready meals contained up to 100 per cent horse meat.

Opposition politicians in Scotland accused Mr Lochhead today of “falling asleep on the job”, alleging that he was failing to use devolved powers on food standards to adequately protect the beef industry and reassure consumers.

Mr Lochhead today stressed that “no manufacturers in Scotland” were currently affected, and urged European and UK politicians to do more to address public “alarm”.

A statement on the outcome of his conversation with Mr Paterson is due later today.