OKLAHOMA CITY – A controversial law allowing for the slaughtering of horses takes effect Nov. 1, but whether or not the state will be home to such a facility remains to be seen.

Gov. Mary Fallin signed House Bill 1999, by Rep. Skye McNiel, R-Bristow, and Sen. Eddie Fields, R-Wynona, despite concerns that the slaughtering of horses was not humane.

Supporters say the measure was needed because horses are being shipped out of the country and slaughtered in an inhumane manner. Supporters also say it is a private property rights issue.

Fields said he is not aware of any efforts to build a facility in Oklahoma. 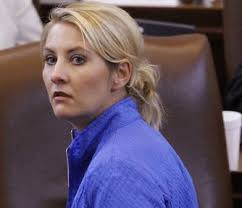 “My goal is not necessarily to bring one,” McNiel said. “I am not out promoting it. Once I passed the bill, I was done.”

Prior to the measure’s passage, Ahsan Amil of Oklahoma Meat Company based in Washington, Okla., applied for a federal inspection with the U.S. Department of Agriculture.

Amil said he did so because at the time, he was considering leasing or selling his plant and interested parties wanted him to seek approval. He is no longer pursuing the issue, he said.

Meanwhile, horse-slaughter plants are planned in New Mexico, Iowa, Missouri and Tennessee. The plants in New Mexico and Iowa have been approved.

But a suit brought by the Humane Society of the United States and animal protection organizations put horse slaughter on hold.

The suit alleges that the U.S. Department of Agriculture failed to conduct the necessary environmental review before authorizing horse slaughterhouses to operate.

“We’ve won a temporary but life-saving reprieve for horses, and it’s good news indeed that the kill boxes in New Mexico and Iowa will be empty of horses in the weeks ahead,” said Wayne Pacelle, president and CEO of the Humane Society, in a statement issued Friday. “We’ll continue to make arguments when our case resumes in a month that these plants cannot legally operate because of inadequate environmental review.”

A senior attorney for the Humane Society, Kimberly Ockene, said that “the record of environmental damage from previously existing horse-slaughter facilities is horrific, including residents of the community surrounding the facilities finding blood and horse tissue in their tap water.”

“This alone should be enough to require the agency to conduct a careful environmental review prior to authorizing inspections at new facilities. In addition, horses are flight animals who are not raised in confinement and thus the slaughter process is extremely inhumane,” Ockene said.

“We have severe problems in this country with abandoned and neglected horses,” he said.

He said he understands the emotional side of the issue and the bonds humans make with horses.

“They don’t agree with the underlying issue of processing of horses,” he said. “They are using this as an excuse to slow things down in order to get Congress to do something because they are unsatisfied with the current law.”

The Federal Meat Inspection Act requires facilities seeking to slaughter animals for human food and prepared for commerce to be inspected, according to the U.S. Department of Agriculture.

From 2007 until 2011, Congress banned the use of federal dollars for the inspections of horse-slaughter facilities, effectively prohibiting the inspections.

The ban was recently lifted.

“Since Congress has not yet acted to ban horse-slaughter inspection, FSIS (Food Safety and Inspection Service) was legally required to issue a grant of inspection to Valley Meats in Roswell, N.M., and Responsible Transportation of Sigourney, Iowa, for equine slaughter,” said an USDA representative.

Under the Federal Meat Inspection Act, the agency must issue a grant of inspection once an establishment has satisfied all federal requirements, the representative said.

“The administration has requested Congress to reinstate the ban on horse slaughter,” the agency representative said.

“Until Congress acts, the department must continue to comply with current law.”

“That responsibility lies with the USDA,” she said.