By Chris D’Angelo as published on The Huffington Post

“Wouldn’t be much of a stretch to apply this same line of Neanderthal thinking to the public comment periods for Wild Horses & Burros either!” ~ R.T. 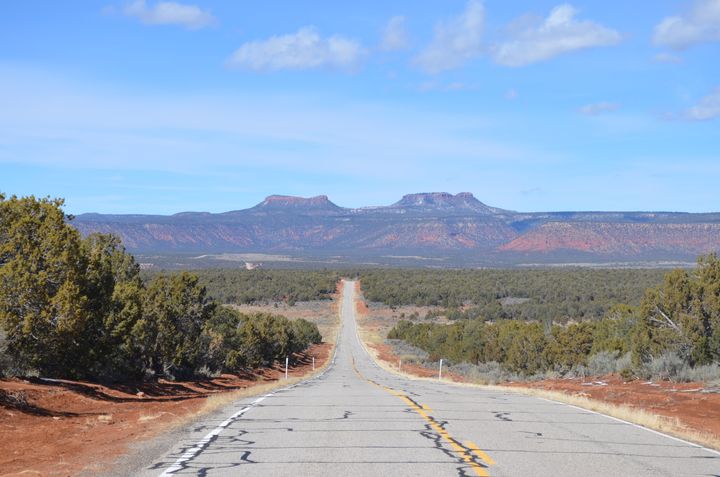 Chris D’Angelo/HuffPost ~ The pair of buttes for which Bears Ears National Monument is named. In December, President Donald Trump shrunk the 1.35 million-acre protected site by 85 percent.

WASHINGTON — In May 2017, a little more than a week after President Donald Trump signed a pair of unpopular executive orders threatening the future of 27 national monuments, the Interior Department announced it was giving the American public a chance to weigh in.

Interior Secretary Ryan Zinke boasted that the comment period “finally gives a voice to local communities and states,” parties the Trump administration claims past presidents ignored when granting protections to new monuments under the Antiquities Act of 1906.

And after the comment periods closed in July, Zinke said he appreciated “everyone who took the time to log-on or write in and participate in our government,” and that the input would help inform his decisions.

But internal documents show that in the case of Bears Ears National Monument, the administration conducted its review assuming it had little, if anything, to learn; that it had all the information it needed to decide the fate of the Utah site.

Randal Bowman, a senior policy analyst at the Interior Department, led a May 31 webinar to train a dozen agency staffers on how to read and catalog public comments the agency fielded on its review of Bears Ears, a 1.35 million-acre monument the Obama administration established in late 2016. During the hour-long training, Bowman told the review team that because the Utah monument was so new and a management plan had not yet been adopted, it would be “virtually impossible” for a member of the public to submit information that hadn’t previously been considered.

“Essentially, barring a surprise, there is no new information that’s going to be submitted,” Bowman told staffers, according to a video of the event. A link to the webinar was included in an email released as part of a public records request.

When one member of the review team asked Bowman to clarify his previous comment, he said, “I can’t visualize what a new [piece of] information would be. But I’m not ruling it out.”

From the start, Trump and Zinke’s public criticisms suggested Bears Ears wouldn’t survive intact, and that the administration’s review and public comment period was mostly for show. At the April signing ceremony, Trump said the Bears Ears designation “should never have happened” and that he was going to free up the land to “tremendously positive things.” Still, the Interior Department maintained its review would be fair and thorough.

Bowman’s comments during the training, as well as subsequent internal emails, are likely to add to critics’ speculation that the outcome — at least for Bears Ears — was predetermined; that the administration was not really interested in what the general public had to say.

Bowman and the Interior Department did not respond to requests for comment.

In a report summary made public in August, Zinke acknowledged that the vast majority of the 2.8 million public comments his department received as part of its sweeping review favored maintaining national monuments. But he chalked up that one-sidedness as being the result of “a well-orchestrated national campaign organized by multiple organizations.”

The administrative review culminated with Trump traveling to Utah in December, where he announced he was slashing Bears Ears by 85 percent, opening the door for new mining, drilling and other development. Nearby Grand Staircase-Escalante National Monument, the largest land national monument in the country, was cut roughly in half. The rollback was the largest reduction of national monuments in history…(CONTINUED)