Open Letter from AWHC, at WHFF we share their dismay. 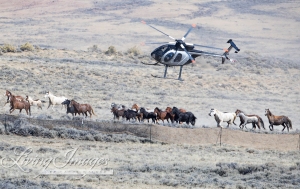 This is a difficult email to write, but our commitment to protecting America’s wild horses and burros requires us to share this update. AWHC has always placed a high priority on working collaboratively with other wildlife and animal protection organizations.

It is with great sadness but certain conviction that we must now strongly oppose a policy being promoted by several of these groups and we urge you to oppose it as well.

On Monday, the Humane Society of the United States (HSUS), the ASPCA and Return to Freedom announced a deal with the National Cattlemen’s Beef Association, rancher lobbyists, and Rep. Chris Stewart, the leading advocate in Congress for the mass destruction of wild horses. It’s a bad deal and disregards the Statement of Principles and Recommendations signed by more than 100 horse organizations:

There’s a better way. Together we successfully beat back attempts by the BLM and livestock lobbying groups to legalize wild horse and burro slaughter. Together we’ll pursue creative solutions for wild horse management that give wild horses a fair share of resources on the small amount of public lands designated as their habitat. Together we’ll fight the mass removals that the National Academy of Sciences warned against as we advocate for humane management in the wild using fertility control.

We don’t need to cave to cattle industry interests for nothing but vague promises. We have the power of the people on our side. We can and we will do better. Please join us and contact Congress now.

Wild horses and burros are counting on us.