Hallmark Movie Channel announces “Wild Horse Annie,” a Hallmark Movie Channel Original Premiere starring Emmy(R) and Golden Globe nominee Wendie Malick (“Hot in Cleveland,” “Just Shoot Me”), is in development with an anticipated premiere date of Summer 2012. Ms. Malick will also serve as Executive Producer of the film which is adapted from a portion of DeAnne Stillman’s grand epic Mustang: The Saga of the Wild Horse in the American West. Helen Bartlett (“North Country”) is Executive Producer. The screenplay will be written by Jenny Wingfield (“Man in the Moon”). DeAnne Stillman will also produce.

SUSANVILLE, CA (SFTHH) Although the mean beating of helicopter blades was heard across a portion the public lands north of Susanville not a single wild horse was witnessed being captured this day. Press and public alike were sequestered on a small, hillside lookout above a temporary horse trap in the valley below. Although the observation area was closer than in days past it was impossible to see the trap and chute in its entirety, due to vegetation, and observers were forced to fight for viewing spots behind the limited jute rope observation location. Unlike the access that was granted to the New York Times only 48 hours earlier the press was held a considerable distance from what would be considered fair and appropriate access as set by the earlier precedence. 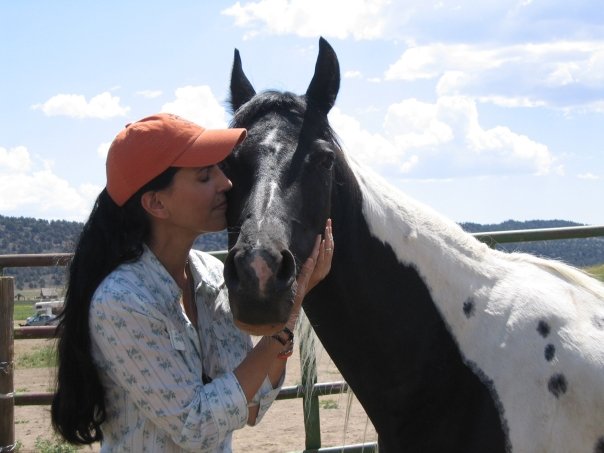 Shouts of “Wild and Free, Let Them Be” From Protestors of Obama Administration Wild Horse Policy

CHICAGO, (EWA) – March 25 will be remembered by equine advocates across the United States and the United Kingdom as the day the international cries for the wild horses and burros were raised loud and clear.

Sen. Mary Landrieu Gets Tough With BLM as DC and Global Protests Fan Fire of Disgust in Wake of Helicopter Assisted Horse Deaths

WASHINGTON. (Laudrieu) – U.S. Senator Mary , D-La., today joined the call for a better federal plan for the treatment of wild horses and an end to the Department of the Interior’s Bureau of Land Management’s (BLM) unnecessary wild horse roundups.

Update: Ginger Kathrens and March for Mustangs on CNN, TONIGHT

Tune into CNN’s Issues with Jane Velez-Mitchell on Thursday at 7:30 PM EST for an in-depth discussion on our wild herds and a recap of the D.C. Rally with Wendie Malick and Ginger Kathrens.

by R.T. Fitch – author of “Straight from the Horse’s Heart” Movie Reaches to the Heart of Wild Horse Issue Film maker James Kleinert shared both his thoughts and latest film Disappointment Valley … A Modern Day Western before a packed house of equine advocates Thursday evening. Kleinert’s […]

An International Day of Rallies for America’s Wild Horses

A Letter from Cloud Foundation’s Ginger Kathrens Dear Supporters, I just returned from the Arrowheads and after much long distance glassing with binoculars and spotting scope I was able to spot Cloud and his family with his little daughter, Jasmine; Flint and his family including young Jasper, as […]