A story of friendship

Lexi the horse and George the alpaca are on their way to finding a forever home together, after a history of probable neglect helped them form a lifelong friendship.

“They have a very strong bond with each other,” Ontario SPCA inspector Brad Dewar told The Dodo. “That’s something you can see within a few minutes of being around them.”

The pair was taken in three months ago due to concerns about their welfare. While details about their past are unavailable as an investigation is ongoing, Dewar said that “they were in a state where they could no longer remain where they were.”

What is clear is that Lexi’s past has affected her. The timid Clydesdale mix is extremely scared of people and objects, and will become very uncomfortable when someone or something new approaches her. 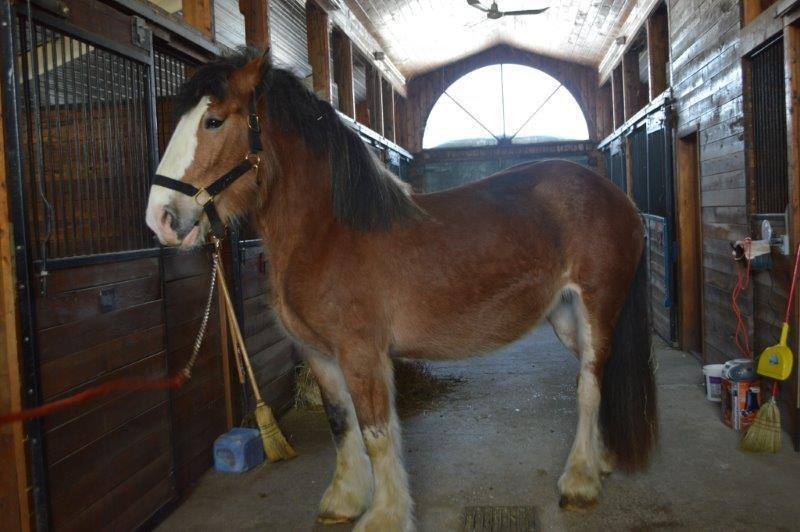 “She’s borderline wild horse,” Dewan said, noting that the extent of Lexi’s experience with humans was likely someone dropping off food and water once a day. “Spend just a few minutes with her and you’ll see she gets really nervous.”

Luckily, she has George. The pair has likely spent their lives together, and the sweet alpaca has appointed himself Lexi’s bodyguard. Whenever someone new approaches, or if Lexi gets scared, George will step up to make her feel more comfortable.

“The alpaca will come to her side,” Dewan said. “If you approach her, he’ll kind of stand in front, to keep you away from her.”

Even when Lexi isn’t nervous, George spends his time comforting her and rarely leaves her side. The Ontario SPCA wrote in a Facebook post that he can often be heard chattering away to her in their stall. 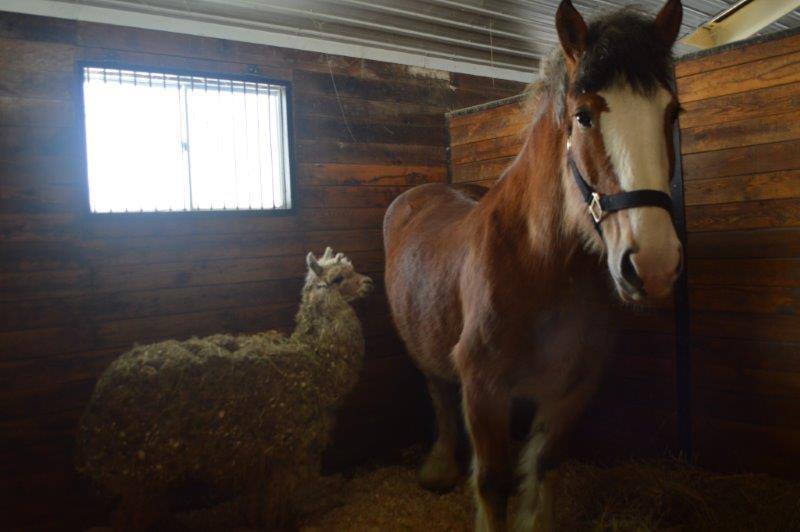 The group quickly recognized their connection, and is planning to adopt them out together. “Lexi relies on George because of her timidness,” Dewan said. “We feel it’s really important that they be adopted out together as a pair.”

Fortunately for these unusual friends, that could soon happen. After the Ontario SPCA posted the pair’s story on its Facebook page, George and Lexi received a “tremendous” amount of attention, Dewan said, and the SPCA had to stop accepting applications.

They are currently reviewing possible adopters, including performing on-site inspections of potential homes, and expects to finalize arrangements within the next few weeks.

In the meantime, Lexi and George are settling into their temporary home — and learning that people aren’t all bad. “She’s quickly adapting to the care that she’s getting,” Dewan said of Lexi. “And George is slowly getting more accepting [of people approaching her].”