Hurrah for Thanksgiving Day and That Dapple Gray

by Marjorie Wilkinson as published on the HorseNetwork 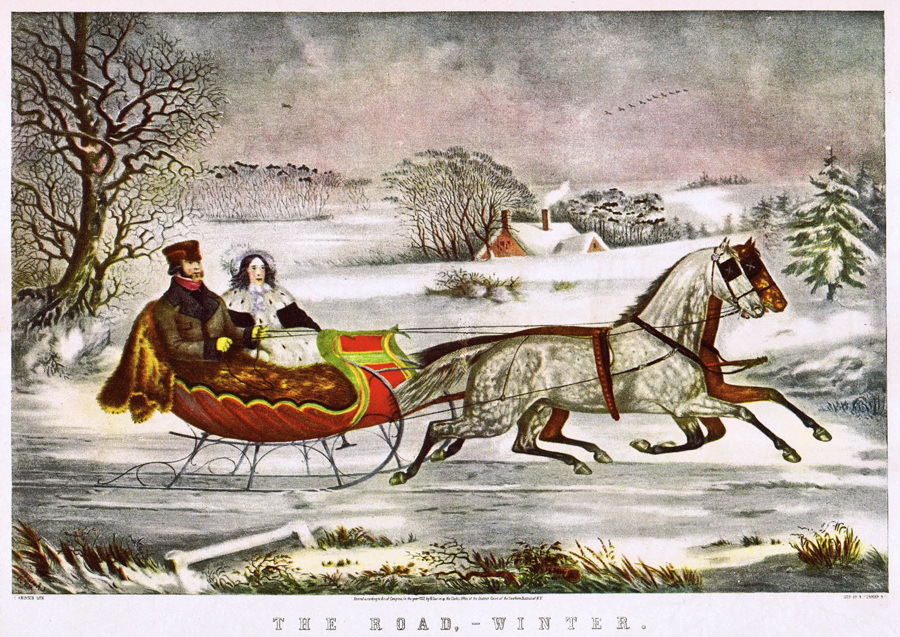 It’s almost unfathomable, but Thanksgiving is upon us once again. It’s time for equestrians, one and all, to sing their favorite carol, giving thanks for the great skill of a swift and fearless dapple gray. If you don’t have this tradition in your horsey household, perhaps you should!

The carol is (obviously, or more likely not-so-obviously) is “Over The River And Through The Wood,” by Lydia Maria Child. Many people associate this gem from 1844 with Christmas, but it was most certainly penned by Child in celebration of Thanksgiving. The poem from which the lyrics derive is in fact titled, “The New-England Boy’s Song about Thanksgiving Day.”

“Over The River And Through The Wood” celebrates at time when your “horse [knew] the way to carry the sleigh through the white and drifted snow,” as to grandmother or grandfather’s house you go. Back then most families were making a holiday mash for the horses on Thanksgiving morning so they could make the trip to see extended family at mealtime!

It’s author, Lydia Maria Child, is also quite an interesting character. In addition to being a prolific author, she was an abolitionist, women’s rights activist, and Native American rights activist. She frequently shocked audiences as she took on issues of male dominance and white supremacy in her stories.

So equestrians and advocates alike, lets sing along with thankfulness: