by Rachael Turner as published on Horse & Hound

A popular product made from the skins of donkeys has been deemed “not worth buying” by Chinese health officials. 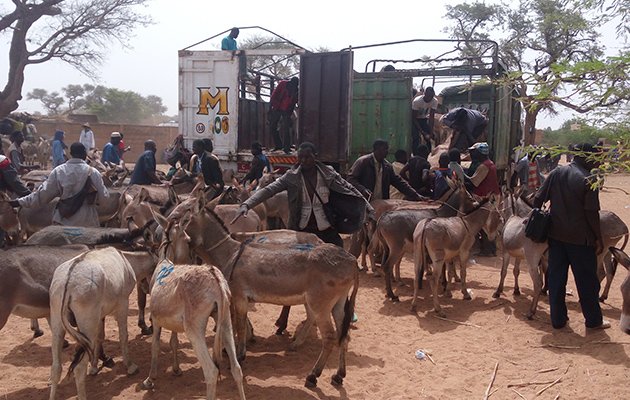 Demand for ejiao, derived from donkey hides, has led to the slaughter of millions of donkeys in recent years.

However, China’s national health and family planning commission recently told consumers the remedy was ,“not worth buying” and despite its many health claims is “just boiled donkey skin.”

On Sunday (18 February), the commission posted on Weibo, China’s version of Twitter, that ejiao, is “..not a good source of protein” and that its health claims were at best overstated.

The news was welcomed by international welfare charity, The Donkey Sanctuary.

The Donkey Sanctuary has been campaigning for a halt to the global trade in donkey skins, which utilises around four million donkey skins every year.

It is estimated that as many as 2.2 million skins are imported to China from Africa, South America and parts of Asia every year. Over the past two years, an escalating demand for skins to make the product has also resulted in poaching and theft of donkeys from individuals and communities that depend on them, with national donkey populations being halved in some countries.

“Many social media users in China shared the commission’s original posts […] but within a few hours the Weibo feeds for all of the commission’s tweets had gone offline and remains offline now,” said a spokesman for The Donkey Sanctuary.

Alex Mayers is the head of programmes at the charity and has been working at ground-level with partners around the globe to expose the donkey skin trade to protect donkeys and the communities that rely on them.

“A huge number of medical claims are made for ejiao, and despite its high price, it’s an extremely sought-after and popular product,” he said.

“This advice from the commission has resulted in a lot of discussion on social media in China, both about the claims and benefits of the product and also about it having seemingly been deleted.

“Whether there are any benefits from taking ejiao or not, our primary concern remains that the trade in skins is both inhumane and unsustainable. However if a product is not worth buying then it can’t be worth the price of destroying someone’s livelihood, and the trade is responsible for that every single time a donkey is stolen and slaughtered which itself is every single day.”