By BEN LEFEBVRE as published on Politico 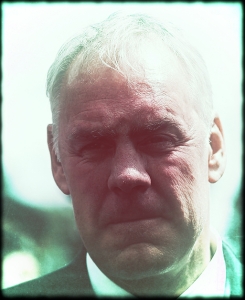 A nonprofit watchdog group is asking for a conflict of interest investigation into Interior Secretary Ryan Zinke’s connection to a land deal with the chairman of Halliburton.

Public Citizen is asking the Interior Department’s top ethics officer to determine whether the arrangement violates any federal laws. A foundation Zinke launched to build a park in his hometown is aiding a proposed mixed-use real estate development backed by Halliburton Chairman David Lesar, as POLITICO reported Tuesday.

“The record of the direct involvement of the Zinke family and their Great Northern Veterans Peace Park Foundation in a major real-estate project run by the chairman of Halliburton, and the business deal’s reported financial benefit to the Zinke family as well as to the Foundation, raises serious and numerous concerns of potential violations of the federal conflicts of interest code,” Public Citizen officials wrote in their letter Wednesday to Interior’s Ed McDonnell, who was listed online as the agency’s acting designated ethics official.

Interior is currently without a permanent lead ethics official after Melinda Loftin left the post in September 2017. McDonnell is a career lawyer in Interior’s solicitor’s office and has been temporarily placed in the position.

The foundation, now run by Zinke’s wife, Lola, has signed an initial agreement with a Lesar-backed company to allow some of the foundation’s land to be used for a parking lot for the real estate development in Whitefish, Mont., near other property owned by the Zinkes. Zinke said he resigned his position from the foundation upon becoming secretary, but he was still listed in its annual report filed with the state of Montana until the foundation filed an amended report Tuesday. An Interior spokeswoman provided copies of the amended report as well as a letter dated March 6, 2017, with Zinke resigning from the foundation.

“In April 2018, [the nonprofit’s] annual report was renewed but Mr. Zinke was inadvertently not removed as a Director,” Sean Frampton, a lawyer representing the foundation, wrote in a letter addressed to Interior spokeswoman Heather Swift. “My office has corrected this oversight today and the public record now accurately reflects the board composition.”

The real estate development is likely to increase property values in the area, where the Zinkes own multiple parcels, and could put the secretary’s family in the position of benefiting financially from investments made by Lesar, whose oil-service company Interior oversees. Halliburton stands to benefit from many aspects of the Trump administration’s energy agenda that Zinke oversees, including expanded opportunities for offshore drilling and relaxed regulations on fracking on public lands.

Public Citizen’s letter cites a conflict of interest statute that prohibits federal employees from being involved in any official matter “in which, to his knowledge, he, his spouse, minor child, general partner, organization in which he is serving as officer, director, trustee, general partner or employee, or any person or organization with whom he is negotiating or has any arrangement concerning prospective employment, has a financial interest.”