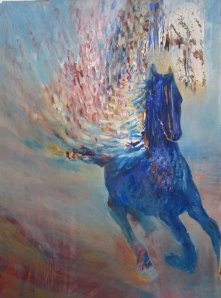 Nevada Gov. Jim Gibbons was recuperating early Wednesday after he was thrown off a horse, his spokesman said.

Gibbons was riding with his brother Tuesday afternoon near Pyramid Lake when the accident occurred, said spokesman Dan Burns.

The governor is an experienced rider, but the horse had only been saddled for a month, Burns said.

Gibbons was taken to a hospital where he was alert and coherent, but in a lot of pain, the spokesman said.

The governor is able to move his arms and legs, and doctors were evaluating the extent of his injuries, Burns said.