(The News as We See It) by R.T. Fitch ~ author of “Straight from the Horse’s Heart” 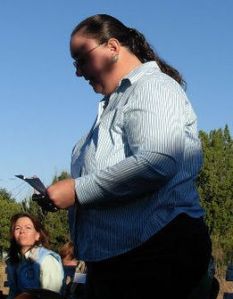 Libertarian Nicholas De Laat, a mechanic, and independent Travis Hakert, a rancher and tire store owner failed to stop the renegade representative from inappropriately using her office to promote the killing of companion horses for human consumption for another term.

Wyoming’s District 52 will continue to be a hot bed of poor ethics and bad press as status quo with the re-election of “Slaughterhouse” Sue going forward.  An opportunity for a breath of fresh air was squandered on bloody rumor, innuendo and lack of a moral compass.

We respectfully tender our condolences to the state of Wyoming.