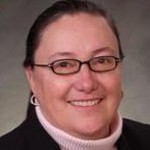 THE REQUIREMENTS OF JUSTICE

RT Fitch and I each placed $1,000 on the table as an award to anyone who can prove that equine slaughter has a basis in need other that sticking money in the pockets of the pro-slaughter crowd. Without fail, the customary propaganda spewed forth like sewage from an overflowing cesspool. Not a single statement held any factual backing. Several tried to turn the tables, challenging us to provide the answer to, “Why not?” Nor was a word uttered on this blog by the high and mighty “authorities,” although some person named “Wallis,” who thinks she is a leader of some sort, did post on several other blogs that I was an idiot and should be “investigated.”