I made a public comment and posted an open letter to the BLM pointing out some possible risks of the use of the herbicide 2,4-D in the BLM’s Environmental Assessment for the “Desatoya Mountains Habitat Resiliency, Health, and Restoration Project” in Nevada (2012).  Recently, the Center for Food Safety has also voiced concerns about the possible risks of 2,4-D.

The Center for Food Safety recently wrote this:

Over a hundred million additional pounds of toxic pesticides associated with cancers and birth defects are coming to a field near you. UNLESS YOU STOP IT!

“Agent Orange” crops are genetically engineered by Dow Chemical to promote the use of 2,4-D, one of the herbicides in the toxic mixture Vietnam veteran’s know as Agent Orange.  The U.S. Department of Agriculture (USDA) is on the cusp of approval, even though they acknowledge the use of this toxic pesticide will skyrocket.

USDA’s announcement is an outrageous abdication of the agency’s responsibility to protect our health and our food supply.”

And ‘“USDA’s decision represents a huge setback for farmers and sustainable agriculture.  Independent scientists have linked 2,4-D to cancer, Parkinson’s disease and other maladies.  Introduction of 2,4-D resistant corn and soybeans will dramatically increase use of this toxic herbicide, leading to more disease, environmental harm, and increasingly intractable weeds for farmers,” said Bill Freese, Science Policy Analyst at Center for Food Safety.’

To read the “open letter” to the BLM regarding their Desatoya Mountains Habitat Resiliency, Health, and Restoration Project” in Nevada , click HERE. 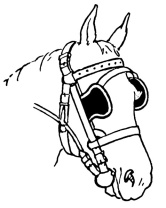 (This reminds me of how the BLM “blows off “your public comments by saying they are “outside the scope of” their Environmental Assessment.)

The BLM seems to function like a horse with blinders on.

THIS IS A PORTION OF THE PUBLIC COMMENT LETTER TO THE BLM REGARDING 2,4-D:

In BLM’s Environmental Assessment, they stated “Within the project area, up to approximately 32,705 acres of ground disturbing treatments are proposed over a ten year period including…herbicide treatment…In fact, 2,4-D has limited residual activity (2 weeks); therefore any incidental contamination risk to non-target plants would likely be negligible.”

When considering plants, animals, water and humans, note that:

The EPA says that 2,4-D is seventh largest source of dioxin in the U.S.
Dioxin DCDD that contaminates 2,4-D herbicide is not tested, measured or monitored by the EPA, or even regulated.  A Canadian research paper states that dioxin DCDD may have large public health implications due to its prevalence in our food and environment.

DCDD is one of the hundreds of kinds of dioxin – (TCDD is the worst, but DCDD may be equi-potent):
NOTE: “2,4-D is contaminated with an unmonitored form of dioxin,
2,7-dichlorodibenzo-p-dioxin (2,7-DCDD)… There is very little research on this form of dioxin, but in 1986 2,7-DCDD was found to be “equipotent” to the very toxic 2,3,7,8-TCDD in a test of immunosuppression.  Given the wide use of herbicides that are contaminated with 2,7-DCDD there may be large public health implications of this contamination of our food and environment.”

I am requesting that you read the information on the link above, since this has implications for human health, and that the BLM prepare an EIS.

The BLM also stated in the Environmental Assessment:  “The herbicide proposed to be used in the Cold Springs fuel break is imazapic, and 2,4-D would be used for rabbitbrush and decadent sagebrush control.  The environmental risks of these herbicides were analyzed in the Vegetation Treatments Using Herbicides on BLM lands in 17 Western States Programmatic EIS (2007).  The application scenarios for the risk categories for terrestrial animals were direct spray, off-site drift (wind erosion), indirect contact with foliage after direct spray, ingestion of contaminated vegetation or prey, and runoff, which includes percolation to the root zone, at typical and maximum application rates.  The Proposed Action would not exceed the maximum application rates.”

The BLM is only considering the “proposed action” alone, and is not considering or factoring in cumulative use in the area.  The BLM needs to do an aggregate risk assessment considering exposures to humans, animals, water, drinking water, plants from COMBINED SOURCES in the area.  BLM should do Drinking Water Level of Concern (DWLOC) testing and use the Forward Calculation Approach to include in an EIS (which I am now formally requesting, in writing, in this public comment).

According to the Environmental Protection Agency (EPA) 2,4D,

Exposure to 2,4-D has been reported to result in blood, liver, and kidney toxicity (1, 2, 4). Chronic oral exposure in experimental animals have resulted in adverse effects on the eye, thyroid, kidney, adrenals, and ovaries/testes (1).  Experimental animal studies have demonstrated delayed neurobehavioral development and changes in neurotransmitter concentrations in offspring exposed during pregnancy or lactation (5-9).

Experimental animal studies of chronic oral exposure have reported adverse effects on the eye, thyroid, kidney, adrenals, adrenals, and ovaries/testes (1).  In addition, some experimental animal studies have reported teratogenic effects (birth defects) at high doses, including increased fetal death, urinary tract malformation, and extra ribs (15, 16).  When adult female experimental animals were exposed to 2,4-D during their pregnancy and lactation periods, their exposed offspring exhibited neurological effects, including delayed neurobehavioral development (5) and changes in several neurotransmitter levels or binding activities (6-9, 17) and ganglioside levels (18, 19) in the brain.  Delayed neurobehavioral development was manifested as delays in acquisition of certain motor skills such as the righting reflex (5).
If the EPA reports this, how can this BLM EA, without considering cumulative uses in the area, state that risks will be “negligible?” (see below)

“The risk assessment concluded that in general, imazapic, even at high doses, does not adversely affect terrestrial animals, including invertebrates, as it is rapidly metabolized in urine and feces and does not bioaccumulate in animal tissue.  The document did state that during pregnancy mammals may be more at risk and long-term exposure had negative effects on birds. However, application of imazapic would occur in the fall/winter, which is outside of the gestation period for most animals that may use the project area; therefore these risks would likely be negligible (BLM 2007b, BLM 2007c).”

“2,4-D can present risk to some wildlife species due to direct spray, consumption of the recently sprayed vegetation, and consumption of contaminated insects.”