By Spencer Lennard Special to The Bee

“Instead of the pristine trout creek we expected, the otherwise spectacular Kennedy Creek was lined with thousands of steaming piles of cow dung, swarms of black flies, cow-trampled banks and waterways and green algae-filled water.” 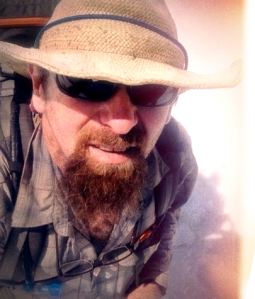 Spencer Lennard is an avid hiker, mountaineer and public lands advocate who lives in Oregon.

Several friends and I recently embarked on what we hoped would be a wilderness adventure in California’s high country. What we found was nothing like that.

When we picked up the wilderness permit for our hike in the Emigrant Wilderness in the Stanislaus National Forest, we envisioned the Sierra high country to be wonderful fish and wildlife habitat lined with huge, picturesque ponderosa pines and white granite cliffs. The otherwise helpful rangers made no mention of the ecosystem wreckage we were about to encounter.

Instead of the pristine trout creek we expected, the otherwise spectacular Kennedy Creek was lined with thousands of steaming piles of cow dung, swarms of black flies, cow-trampled banks and waterways and green algae-filled water. Instead of what should have been lush, wildflower-strewn meadows at Kennedy Lake, we sunk into a green quagmire of muck created by a steady stream of cows cooling themselves in the shallows.

As we scurried to get above the algae-clogged Kennedy Lake, we encountered several fly fishers, horse packers, photographers and hikers – all aghast and expressing the same sense of disappointment as we were. Why would the National Forest Service and the California legislative delegation continue the taxpayer-subsidized damage to some of the state’s best sub-alpine habitat, especially here, in this increasingly popular recreational area?

As we swatted flies and stepped over the excrement, we were struck by the notion that this hiker’s paradise should not be a taxpayer-subsidized feedlot. We understood that grazing allotments were grandfathered into many wilderness bills – obviously including the Emigrant Wilderness – when they were designated as such. We know that policy change is slower than molasses, especially when ranching culture and environmental issues are being discussed. But we could not understand how the U.S. Forest Service and California’s blue congressional delegation could let such taxpayer-subsidized harm continue to degrade one of our most preciously beautiful places, especially when species and habitat loss are also at stake.

Holding our noses from the stench of urine and feces, we asked ourselves, “Why is this occurring in our diminishing wilderness, some of the best fish and wildlife habitat left in the Sierra?”

According to the National Public Lands Grazing Campaign, grazing programs operated by the U.S. Forest Service and the Bureau of Land Management receive an annual taxpayer subsidy of almost $445 million to facilitate a program that doesn’t benefit the public, wildlife or the land. This defacement of our national treasures is occurring just so a few ranchers can cash in their welfare checks.

Private, unirrigated rangeland in the West rents for an average of $11.90 per cow and calf, while monthly grazing fees on federal lands are currently a paltry $1.35. Despite the extreme damage done, western federal rangelands account for less than 3 percent of all forage fed to livestock in the United States. If all livestock were removed from public lands in the West, beef prices would be unaffected.

Cattle destroy native vegetation, damage soils and stream banks, and contaminate waterways with fecal waste. After decades of livestock grazing, once-lush streams and riparian forests have been reduced to flat, dry wastelands; once-rich topsoil has been turned to dust, causing soil erosion, stream sedimentation and wholesale elimination of some aquatic habitats. The now cow-trodden ecosystem has been robbed of its natural function, as is painfully evident on the landscape…(CONTINUED)