Boy oh boy, Wyoming’s Governor Mead sure has been a busy little horse-hater as of late. Golly, just last week he crawled into bed with Wyoming’s Welfare Ranchers and bad mouthed the horses; over the weekend he strong armed the Western Governors Association and wrangled an anti-horse resolution out of them and first thing Monday he filed a suit against the BLM using trumped up numbers and statistics’ stating that they are failing to manage the wild horses on public land in the state while he totally omits the fact that private cattle outnumber the horses hundreds to one and the BLM JUST ripped virtually the largest herds off from their rightful range this very year. Wow, when it comes to the manipulation of facts the Gov is a great big wiener, er…I mean winner.

“The lawsuit asks the court to force the BLM to manage wild horses in Wyoming as required by the Wild Free-Roaming Horses and Burros Act,” Governor Mead said. “It is my belief, and the belief of other western governors, that the BLM does not have the resources to manage wild horses effectively. By filing suit it sends a message that wild horse management is a priority and the BLM must be provided the funding necessary to manage them.”

“Excess wild horses in Wyoming can harm the habitats used by other wildlife species, including sage-grouse, antelope, deer and elk,” Governor Mead said. “Overgrazing caused by overpopulation threatens all animals including horses.” 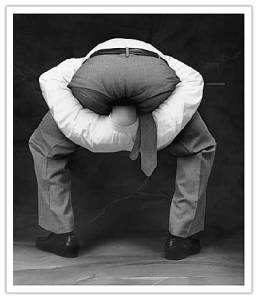 The state government of Wyoming further discredited itself by releasing statistics and information that crosses the line into Science Fiction and Fantasy in an effort to confuse and prejudice the public on the issue of wild horses.

“The Wild Free-Roaming Horses and Burros Act requires the BLM to manage wild horses below previously set appropriate levels and to remove excess horses when populations exceed those levels. Herds will continue to exponentially grow beyond what the BLM determined is ecologically appropriate for each herd management area (HMA). These herds have population growth rates that range from as low as 25% to as high as 58% each year.”

Wyoming is actually taking a cue from the BLM on how to lie to the public, about the horses,and it is for the same reasons as highlighted in Vickery Eckhoff’s expose’ published on AlterNet entitled “Ranchers Want Our Public Lands for their Livestock, and Want the Govt. to Stick It to Wild Horses and Taxpayers“. The article references a similar cattle situation in neighboring Utah and the graph below is not anything either Utah or Wyoming would want the public to see. 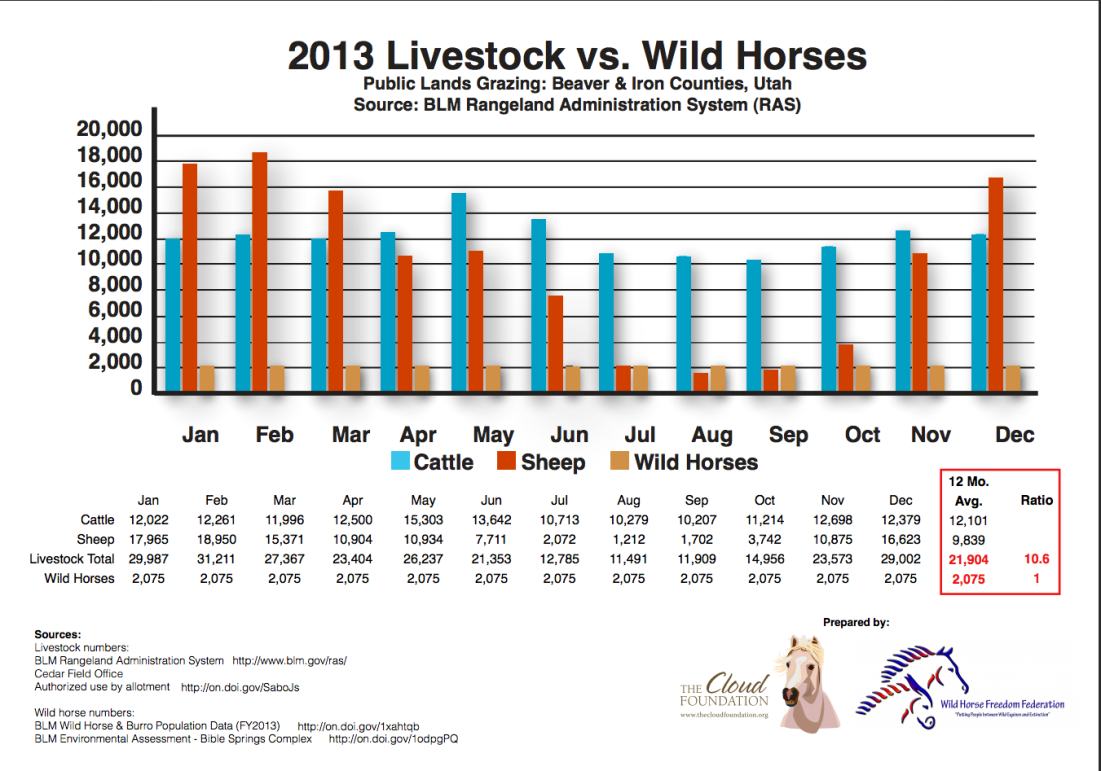 Likewise, Craig Downer shares some other honest, scientific data that places the value of horses and burros on the range far over any cows or sheep:

And last, but by no means least, over half of the few herds left are no longer viable thanks to the BLM’s propensity to manage the horses and burros into extinction and this is still, I repeat STILL not good enough for the Welfare Ranchers and Special Interests who vote for and fund the campaign of good ole boy Gov Mead.

Hands awash with blood money the few lie to the many and wild equines, the canaries in the mine, pay the price through their loss of life, freedom and family.

May God have mercy upon their wretched souls.