On the Eve of the Checkerboard Roundup, An Old Adobe Town Friend is Found 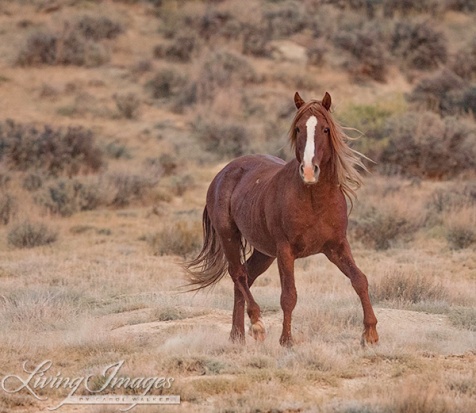 On the eve of the 2017 Checkerboard Roundup, an old Adobe Town Friend is Found

In 2010 I was staying in Rawlins, Wyoming to observe the Adobe Town Roundup. The day before the roundup started, I had an encounter with a family of wild horses who would change my life forever.

A wild family through the sagebrush

Just before dawn, I saw a small family peeking out at me through the sagebrush – a grey mare, a pale palomino colt and two other youngsters. I turned and saw a sight that took my breath away – a majestic sorrel stallion with the early light falling on his reddish coat. He looked at me for a few seconds, then he and his family disappeared into the sagebrush. 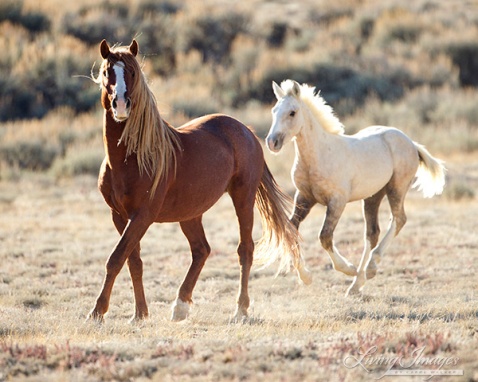 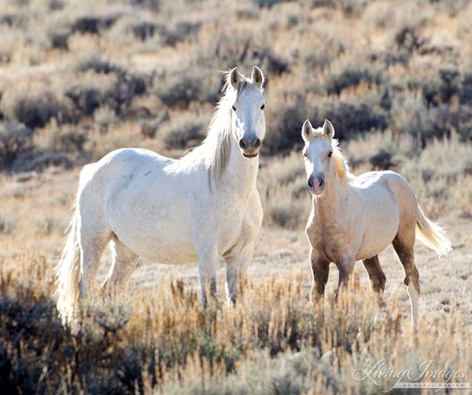 Mica and his mother

The next day, after a long disheartening day of watching wild horses being herded into traps by a helicopter, then separated from their family and trucked off to a short term holding facility, I caught sight of the family I had seen the day before. This time, they appeared curious and circled me. The pale palomino colt followed his father, then moved over to his mother for security. The family was directly in the path of where the roundup was taking place, and I thought that it was such a sad shame that they would most likely be rounded up and separated forever.

They were rounded up along with over 2000 other wild horses in Adobe Town and Salt Wells Creek. I heard that a stunning sorrel stallion had been released and was hopeful that it was him. The pale palomino colt was shipped to Canon City. I never found out what happened to the rest of the family.

Read the rest of this article HERE.