By Coral Davenport as published in the New York Times 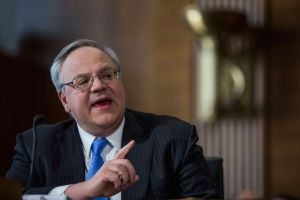 Mr. Bernhardt, a former lobbyist for the oil and agribusiness industries, was confirmed by the Senate last week to head the agency, which oversees the nation’s 500 million acres of public land and vast coastal waters. He has played a central role in writing policies designed to advance President Trump’s policy of “energy dominance” and expanding fossil fuel exploration. He has been dogged by allegations of ethics violations since joining the Trump administration as the Interior Department’s deputy secretary in 2017.

Eight senators, all Democrats, and four government ethics watchdog groups have requested that the Interior Department’s inspector general open formal investigations into various aspects of Mr. Bernhardt’s conduct. Among the chief complaints have been allegations, revealed by three separate New York Times investigations, that Mr. Bernhardt used his position to advance a policy pushed by his former lobbying client; that he continued working as a lobbyist after filing legal paperwork declaring that he had ceased lobbying; and that he intervened to block the release of a scientific report showing the harmful effects of a chemical pesticide on certain endangered species.

In a letter sent Monday to the senators who filed the ethics complaints, Mary L. Kendall, the deputy inspector general of the Interior Department, wrote that she had received seven complaints from “a wide assortment of complainants alleging various conflicts of interest and other violations” by Mr. Bernhardt, adding that she had “opened an investigation to address them.”

Mr. Bernhardt has maintained that he did not commit any ethical violations and, in fact, has worked to strengthen the culture of ethical compliance at the Interior Department, in part by hiring dozens of new ethics specialists.

Mr. Bernhardt’s spokeswoman, Faith Vander Voort, wrote in a statement, “Secretary Bernhardt is in complete compliance with his ethics agreement and all applicable laws, rules, and regulations.” She added, “It is important to note that the Department Ethics Office has already conducted a review of many of these accusations at Mr. Bernhardt’s request and determined that Secretary Bernhardt is in complete compliance.”

A spokesman for the White House declined to comment.

Senator Ron Wyden, an Oregon Democrat who has formally requested investigations into Mr. Bernhardt’s conduct, and who pushed for the delay of his Senate confirmation, wrote in a statement: “This is exactly why I wanted a delay in Bernhardt’s consideration. We now have an Interior Secretary who has been on the job for one full business day and is already under investigation.”

The inquiry into Mr. Bernhardt’s activities is the latest in a series of ethics concerns around Mr. Trump’s top energy and environment officials since the beginning of his administration. Mr. Trump’s first interior secretary, Ryan Zinke, and his first Environmental Protection Agency administrator, Scott Pruitt, both resigned last year amid allegations of ethics misconduct.