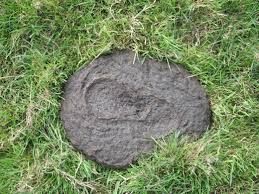 WASHINGTON (February 14, 2020) – Public Lands Council (PLC) Executive Director and National Cattlemen’s Beef Association (NCBA) Executive Director of Natural Resources, Kaitlynn Glover, today released the following statement in response to a ruling in a case related to the Wild Free-Roaming Horses and Burros Act. This week, Chief Judge Beryl Howell of the U.S. District Court for the District of Columbia ruled that the Bureau of Land Management’s (BLM) decision to remove more than 1,700 wild horses from the Caliente Complex in Nevada complied with federal laws:

“Judge Howell’s ruling affirms the Bureau of Land Management’s responsibility and authority to manage these horse herds using science and the law. Across the West, horse populations far exceed their appropriate stocking rates, often by more than three times the ideal population sizes.

“This lawsuit sought to undermine the very tenets of the multiple use mandate. The BLM is required by law not only to manage resources for optimal land health, but also for a variety of uses for the American public. In areas where these herds reside, the BLM is required to ensure these horses do not continue to degrade water and land health simply because they are overstocked. I know I speak on behalf of ranchers when I commend Judge Howell for recognizing that this suit was nothing more than an attempt to prioritize horses at the expense of the health of our natural resources.”