Dispersal: Moving out into a dangerous world

by Peter Friederici as published on the Arizona Daily Sun 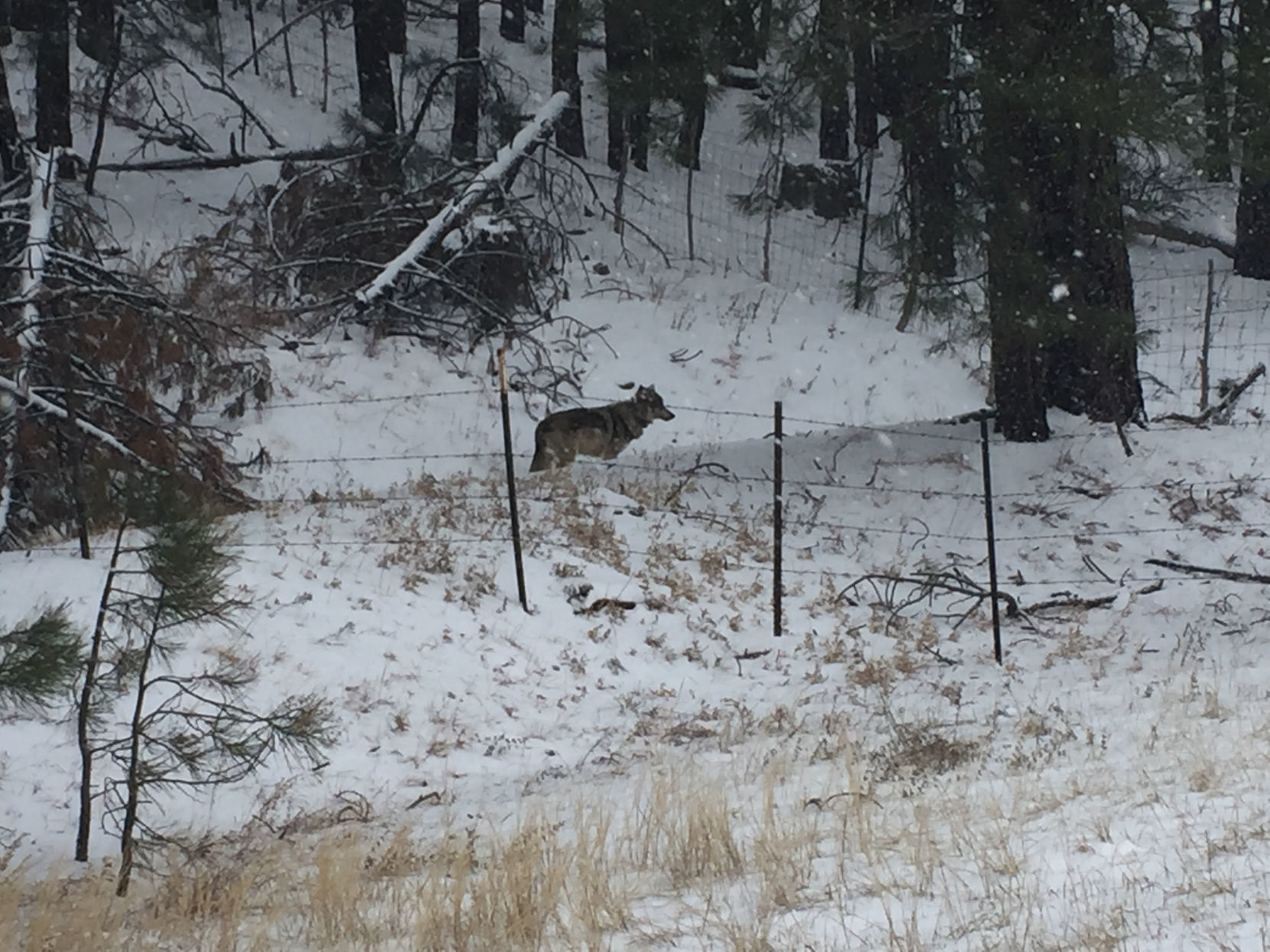 m1572 on his last day. Photo by Michele James

The story begins with a wolf standing by the side of the road. This isn’t the story you might think. There’s no helpless girl, no feckless pigs, no trickery. What there is, is hunger. Hunger for food, as always, and a hunger to roam. The woods are broad. Even though they are cross-stitched with fences and pocked with houses that must be avoided they extend on and on and they are rich with the tracks and scents of deer and elk and rabbits. The going is not difficult and it’s easy to find places to hide in rocky outcrops, thickets, copses of oak. It is only the roads themselves that are the challenge. It is second nature to figure out the trajectory and velocity needed to intercept a deer fleeing along a grassy meadow edge but the speed on roads is incalculable, incomprehensible, and the crossing is a gamble.

Or: the story begins with a young man, almost a boy still, on the side of the road. There’s no hunger, at least not of the deep-seated kind the wolf feels, the in-the-bones aching for protein. The suburbs are fat and if anything it is too easy to be sated: not only by food in a million varieties, but also by the sinuous winding of the well-kept roads, the smooth expanses of lawn, the houses kept up to a fare-thee-well, the friends and acquaintances who all seem to accept it as a given. It’s all too easy, too shiny, too manicured. No, this hunger is of a different sort. Call it a need for emotional protein.

In my case the result was a pickup truck, the smallest kind you could get, because in my particular Midwestern suburb a pickup didn’t belong and so it was a way of expressing that magic word west. Or West, specifically, meaning far enough west that things were no longer flat, manicured, predictable. And the pathway was those big ribbons of road, so well known and comfortable from all those days and nights spent traversing the broad avenues, the winding cul-de-sacs. You could merge onto one as if you were a piece of flotsam tumbling into a river from a creek, and not emerge from the steady current until hundreds of miles later. Merge is exactly right: on the interstate you can enter effortlessly not only into the flow of traffic but into a comforting anonymity, hiding in plain sight. Camouflaged and safe.

We have no precise words for how the wolf was known and loved or feared but we do know a lot about his early days, how he was born as part of a litter of pups on the northern part of Apache-Sitgreaves National Forest. We know this because he and his littermates were captured and radio-collared early on because that’s what biologists do with Mexican wolves when they can get their hands on them. And we know that the wolf that came to be known as m1572 turned up lame only a couple of months after that initial capture and was re-captured and brought to the Sevilleta National Wildlife Refuge in New Mexico to be treated. And we know, because of the radio-collar, that m1572 was after that sometimes alone, sometimes with his pack. This was from the spring into the fall of 2017. His sister, f1570, died. His brother, m1571, sometimes traveled alone too, once roaming way up onto Navajo lands, where he was re-captured and sent back south to what federal and state officials deem the official Mexican wolf recovery zone.

I remember the feel of those early days alone in Arizona, the sense both of boundless possibility and of getting further out on a limb, away from family, away from what I’d known. There were more ways than before that things could go right, and there were more ways that things could go wrong. At that time the story of Chris McCandless immortalized in Into the Wild had come out only recently, the tale of how one young man had gone Way Out West and ended up dead in the Alaskan wild. Dispersing from home—it seemed necessary, but treacherous.

For biologists, the idea is that species need to experience some genetic mixing, so in some species—especially predators—some of the young disperse to find their own place. It’s always a risky prospect full of grapplings with new and unknown landscapes. By October m1572 was traveling on his own, covering long distances on White Mountain Apache land. In November he headed west, onto the Coconino National Forest. This had happened before with individual wolves but only rarely.

I washed up safe and sound in Flagstaff and came to surround myself with some of what I had left behind: family, house, steady job. It’s my territory, home, and it’s in that setting that we decided to drive down to Phoenix for my birthday. So this part of the story begins with one of the rare snowy days this winter. Traffic on the I-17 was moving slow. I was driving. Up ahead on the slushy shoulder I saw an animal form. My mind did a quick sort: Elk? Too small. Deer? Not the right shape. Coyote? Awfully big. Dog? Maybe. We slowed and stopped on the shoulder. The animal was bushy, stocky, broad-shouldered, with a lush pelt. We were just talking about how we should get out to see if it was a lost dog when it turned and we saw its collar: not that of a dog, but a wide, chunky one, that of a wild animal that has been deemed in need of tracking.

But this isn’t the story you might think, about an exciting wildlife sighting and some revelatory or even spiritual message one might draw from it. No, this is a story about how later that day m1572 was killed on the road, a failed dispersal by an animal that couldn’t quite manage the human-managed landscape. It’s a sad story, just as stories of young people who don’t make it through are sad. Though it’s worth noting that m1571 is still out there, at least as of the end of February, roaming with a female wolf from a different pack. So maybe it’s a story about hope too, hope that we can have a world where the young of all species can do the exploration they need to do and end up where they ought to be.

Peter Friederici is a writer and a former itinerant field biologist and tour guide who in his spare time directs the Master of Arts Program in Sustainable Communities at Northern Arizona University.