Court: Feds Failed to Fully Assess Risks of Killing Thousands of Animals a Year in Idaho 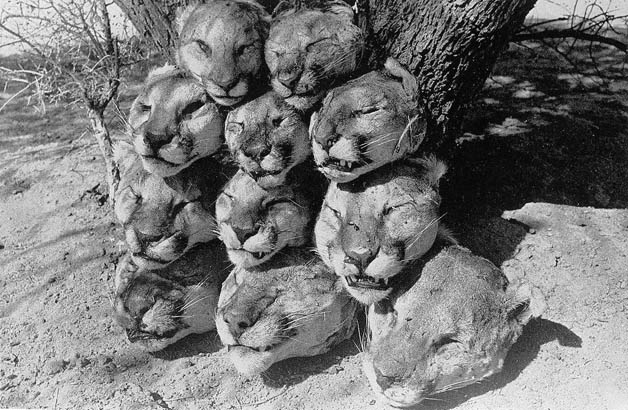 BOISE, Idaho— In a powerful rebuke, a federal judge ruled U.S. agency that kills thousands of animals a year in Idaho failed to adequately analyze the environmental risks of shooting, trapping and poisoning native wildlife like mountain lions, coyotes and foxes.

The court’s ruling, issued late Friday, holds that USDA’s Wildlife Services should have more carefully considered its proposed predator-killing activities’ impacts on the environment. The judge held the agency ignored science showing that killing predators does not decrease conflicts with livestock. The court ruled controversial killing warrants a much more thorough analysis.

“Wildlife Services will now have to fairly evaluate how killing thousands of coyotes in southern Idaho each year affects the environment,” said Talasi Brooks, a staff attorney for Advocates for the West, who represented the groups. “The opinion is a win for wildlife, and a win for management based on modern science.”

Wildlife Services is a controversial program that kills millions of wild animals every year nationwide, including wolves, grizzly bears, otters, coyotes and birds, with almost no oversight or accountability. Wildlife Services uses antiquated tools, including trapping, snaring, poisoning and aerial gunning to kill wildlife, usually at the behest of the livestock industry.

“The court pointed out that Wildlife Services ignored critical science on the impacts of wildlife-killing, as well as nearly unanimous critical comments from sister agencies,” said Kristin Ruether, senior attorney for Western Watersheds Project. “We’re going to keep fighting to stop Wildlife Services from killing our native wildlife in Idaho and across the West.”

The conservationists’ lawsuit, filed in May 2017, noted that Wildlife Services wrote itself a broad, statewide authorization to kill Idaho’s native predators — including coyotes and mountain lions, along with ravens and other animals — without taking a hard look at the impacts of its unscientific slaughter. The agency never revealed to the public the full potential consequences of its actions, as federal law requires. The lawsuit, brought by Western Watersheds Project, WildEarth Guardians, Center for Biological Diversity, and Predator Defense, called for a more complete analysis of the killing plans.

The court agreed. The judge’s 24-page decision goes into stinging detail about the unreliability of Wildlife Service’s own data and the lack of convincing evidence that the agency took into account important feedback when it finalized its killing proposals. In criticizing Wildlife Services’ inadequate analysis, the court held “the lack of reliable data infects all the agency’s conclusions.” The ruling also notes that the agency’s response to one scientific study, “feels like equal parts personal attack and scientific rebuttal — it does not so much convince the reader of the agency’s position as cry out for a more objective review.”

Wildlife Services’ Environmental Assessment ignored or dismissed without support critical comments from the U.S. Forest Service, U.S. Fish and Wildlife Service, U.S. Bureau of Land Management, Idaho Department of Fish and Game and conservationists citing the best available science. Specifically noting a lack of robust consideration for other scientific studies and the opinions of sister agencies the opinion acknowledges, “It is rare for the Court to encounter such a unanimity of critical comments from other agencies.” The Court held: “Similarly unconvincing are the agency’s attempts to explain away scientific challenges to the effectiveness of predator control.”

“Indiscriminately killing native carnivores does not achieve any of Wildlife Services’ stated goals. Instead, it increases the likelihood of conflict and undermines ecosystem functions,” said Bethany Cotton, wildlife program director for WildEarth Guardians. “The next logical step is for Wildlife Services to pull its proverbial head out of the sand, accept the best available science and adopt a non-lethal coexistence mandate.”

Wildlife Services regularly employs dangerous and indiscriminate killing methods, including leg-hold traps and M-44 sodium cyanide bombs, which can and have injured and killed non-target wildlife, threatened and endangered species and family dogs. The agency uses millions of taxpayer dollars each year to carry out the killing. A 2013 internal audit revealed that Wildlife Services’ accounting practices lacked transparency and violated state and federal laws.

“The predator killing programs are done at the behest of the livestock industry, which has far too much control over our public lands and wildlife,” said Brooks Fahy, executive director of Predator Defense. “This ruling means the agency will have to consider whether such landscape sterilization makes much sense in the 21st century.”

“This is a big victory for Idaho’s native wildlife and a major rebuke to this trigger-happy federal agency,” said Andrea Santarsiere, an attorney at the Center for Biological Diversity. “Killing predators like foxes and coyotes is ineffective and inhumane. We hope this decision is the beginning of the end for the careless slaughter of Idaho’s animals.”

The case will now proceed to the remedy phase, where the judge will consider solutions to the problems identified in the ruling.