as posted on Western Values Project

“Federal officials plan to sell oil and gas leases across Montana this December, a plan that has some conservation groups worried about the impact of development near prized locations.”
— Bozeman Daily Chronicle, 8/11/18 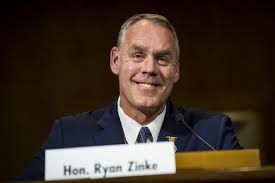 Interior Secretary Ryan Zinke is trying to sell off more than 2 million acres of public lands across the West to oil and gas corporations. And if he gets his way, this will all happen without the public even noticing.

We’re not going to let that happen. That’s why we’re gathering signatures to bring attention to this issue — because Zinke wants this to happen in the shadows, and we’re demanding that it be brought out into the light of day.

Sign our petition and tell Zinke not to sell out our shared public lands to special interests.

The areas in question include not only prime habitat for wildlife like sage-grouse, elk and mule deer, but also the headwaters of a world-class blue-ribbon trout fishery and a critical water supply for the people of Montana. If Zinke gets his way, oil and gas corporations could exploit these public lands and potentially poison a watershed that both humans and wildlife depend upon, and destroy trout fishing for generations to come. And you know what’s really galling, Friend? Zinke knows how unpopular this is — that’s why he reduced the public comment period. He is betting on keeping the public in the dark while he does favors for his corporate cronies, and it’s up to us to show him that we won’t let this happen without a fight.

Add your name to our petition and tell Zinke to keep polluters out of these critical watersheds and habitats.