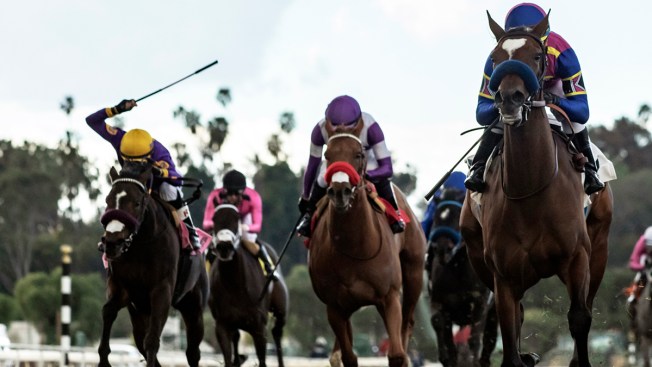 ARCADIA, Calif. (KABC) — The main track at Santa Anita is under inspection on Tuesday amid a spike in horse deaths at the track. Nineteen horses have died over a two-month span – the most recent occurring on Monday.

Larry Peal has a 3-year-old filly that was just injured on the track.

“It was running in a race, and then we found out after the race that … it had a fractured knee and chips in the other knee,” Peal said.

He thinks the recent rain could be a factor.

“The track was pretty much like the 210 Freeway. It was concrete,” he said.

Santa Anita is taking the matter seriously enough. They’ve formed an industry committee to oversee track’s inspection. As famed owner Bob Baffert says, even one death is too many.

Crews are essentially peeling back the track’s cushion to examine the base layer, measuring the moisture content and soil consistency on both the dirt and the turf.

When considering Monday’s horse death, keep in mind, more than 100 horses were on the track.

“We have so many horses here, that it’s a minimal amount of horses that this happens to,” Peal said.

Training on the main course could resume as early as Wednesday, with live racing on Thursday.