Bureau of Land Management to move headquarters from DC to Colorado 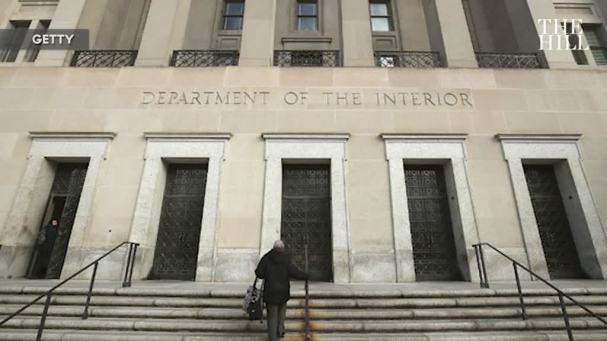 BY MIRANDA GREEN AND REBECCA BEITSCH

The Trump administration plans to relocate the headquarters of the Bureau of Land Management (BLM) from Washington, D.C., to Colorado, according to two lawmakers.

The reorganization, first considered under former Interior Secretary Ryan Zinke, is aimed at putting more agency officials closer to the lands they manage out West, though critics have questioned moving tenured policy officials far from the nation’s capital.

Currently only about 4 percent of BLM employees live in D.C., but the proposal would shrink that number even further, leaving just 60 of the nearly 400 BLM employees in the nation’s capital, according to a letterfrom Interior to a Republican lawmaker dated Tuesday, obtained by The Hill.

Just 27 employees will be moved to the new headquarters in Grand Junction, Colo., with the rest divided among the western states of Utah, Nevada and other existing local offices, according to the document.

Since BLM has nearly 10,000 employees, the reorganization plans would effectively move the agency entirely out of D.C.

Colorado Sen. Cory Gardner (R) confirmed the headquarters move on Monday, calling it a “significant win” for his state.

“This means that people will be able to have greater say, greater impact on public lands decisions that affect their community,” Gardner said in a video he tweeted.

“This is an effort I started years ago under the Obama administration so that we could have the policymakers in Washington closer to the people that are most impacted by the decisions that Washington makes.”

The Department of Interior, which oversees BLM, did not respond to requests for comment or details about the plan. The agency is expected to make an announcement later Tuesday.

Democratic lawmakers criticized the administration for failing to alert them earlier of the planned move, which is expected to affect BLM managers and other agency officials.

“This administration has been handing over public lands to fossil fuel companies at record speed, and this move is part of that agenda. Putting BLM headquarters down the road from Secretary Bernhardt’s home town just makes it easier for special interests to walk in the door demanding favors without congressional oversight or accountability,” Raúl Grijalva (D-Ariz.), chairman of the House Natural Resources Committee, said in a statement.

“The BLM officials based in Washington are here to work directly with Congress and their federal colleagues, and that function is going to take a permanent hit if this move goes forward. The agency will lose a lot of good people because of this move, and I suspect that’s the administration’s real goal here.”

Interior Secretary David Bernhardt often failed to provide any details about the move when pushed by lawmakers, typically saying the decision began under Zinke and was still being reviewed. Bernhardt is originally from Rifle, Colo., about 60 miles east of Grand Junction.