The coronavirus pandemic has left most of the world’s major cities, including London, New York and others, empty. As humans hunker down, with shelter-in-place measures around the world enacted, wild animals have started to take over.

Several pictures taken by photographers around the world show all types of mammals, including deer, goats and others roaming through the streets and communities, unabated. 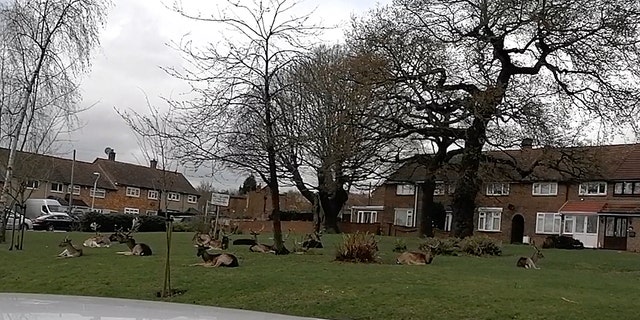 A herd of deer decided to rest in a housing estate in Harold Hill, Romford, east London. (SWNS)

In London, a herd of deer was spotted resting in a housing state in Harold Hill, Romford. Earlier this week, images of London went viral, showing what used to be bustling places, such as the London Eye, Chinatown, Borough Market and the National Gallery, completely empty.

In Nara, Japan, deer were spotted walking around a shopping area. Approximately 100 deer were seen walking around the city. They are usually fed by tourists, but they have ventured further into the city to look for food. 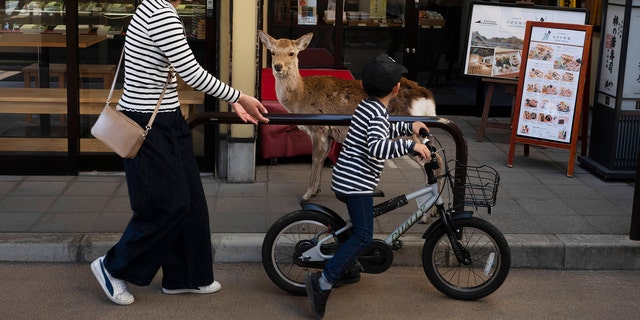 A young boy rides his bike past a deer wandering around the shopping area in Nara, Japan, Thursday, March 19, 2020. (Photo/Jae C. Hong)

In Llandudno, Wales, several mountain goats were spotted roaming the streets on March 31. The goats, who occasionally visit the town to be fed by tourists, were drawn by the lack of people, a local counselor told the BBC. 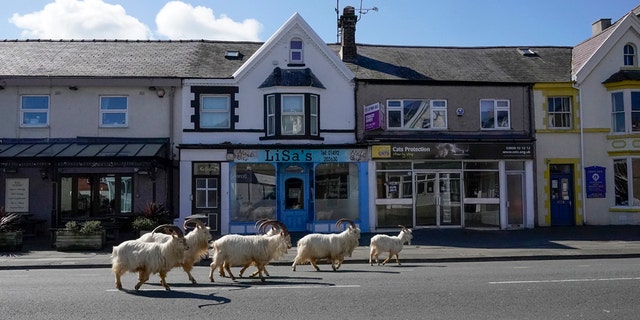 Fox News previously reported that hordes of starving monkeys were spotted in the streets of Thailand, as fighting over food scraps, due to the pandemic.

Other cities have also seen an influx of animals infiltrating areas where humans once gathered in significant numbers, according to Yahoo:

As of Friday morning, more than 1 million coronavirus cases have been diagnosed worldwide, more than 245,00 of which are in the U.S., the most impacted country on the planet.