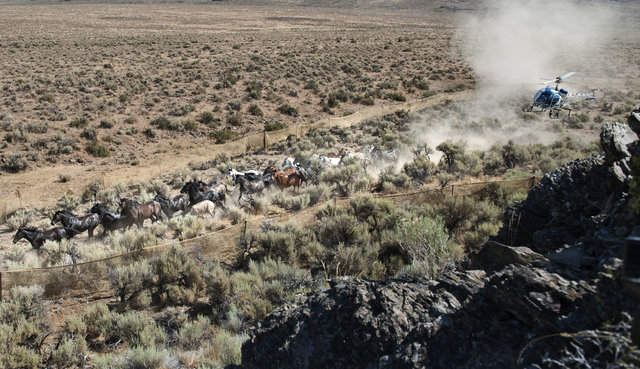 HOUSTON – (SFTHH) The BLM’s much contested Twin Peaks stampede began amidst a cloud of controversy on August 11th in Northeastern California. The aerial assault is scheduled to last 6 weeks with a total of 2,000 wild horses and burros set to be placed behind bars to endure a lifetime of imprisonment and potential sterility. Setting the stage paranoid BLM officials over reacted by calling in county Sheriff Deputies and Federal Rangers in the advent that a passive equine welfare advocate might “do something” to disrupt the roar of helicopter blades and stampeding horses. Much to their chagrin, nothing happened.