Part III: For the Love of Wild Horses

Part III of a series by R.T. Fitch – author of “Straight from the Horse’s Heart”

The Straws that Broke the Horse’s Back 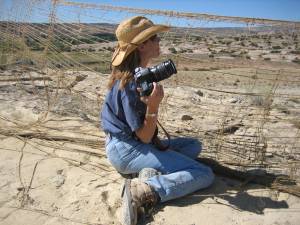 On September 7th, 2009 my wife, Terry, pressed her lips against my right ear and whispered “We have to do something” as her tears ran down the right side of my face and “Cloud the Stallion of the Rockies” reluctantly lead his family into to the trap that the BLM had waiting for him.

“We have to do something”, rang in my ears and deprived me of sleep during the bloody Calico roundup, in early winter of this year, where over a 140 horses have died and now the remainder are slipping off into obscurity.

“We have to do something”, pulled at my heart as we watched dozens of horses die at the hands of the BLM and their contractors, the Cattoors, during the Owyhee stampede in early July.  Laura Leigh put up a valiant fight to witness for the horses yet the BLM, Cattoors and the Federal judge thwarted her every attempt.

That phrase ringing in my ears caused me to sit down with my lovely bride and openly discuss what we “could” do to make a difference for the horses.  How could two, nondescript, American citizens do something sustainable; an effort that would have a lasting effect on the future of the horses and the way in which the Bureau of Land Management (BLM) mismanages our disappearing national Icon.

“Sue them”, came back the forceful response from the lithe figure that never had a bad word to say about anyone, “Sue them right down into the dirt.  They just cannot continue to thumb their nose at the law and the American public.  Sue them until it hurts.” Terry hissed.

I calmly reminded her that to do so takes money, lots of money and the woman who takes care of our books and brought me back from a former single man’s fiscal life of ruin said, “We’ll do it, we can get it started but let’s not sit here and talk about it, let’s do it.”

So the inquiries went out to some of the most reputable advocacy foundations and groups in the land until we found our attorney.  I won’t mention a name here as I do not know if I am authorized but he is noted as being one of the good guys and away we went.

Our firm paired with other firms and attorneys, some worked pro-bono others could not because everyone needs to eat but all have been forgiving with logging their time.

We did not want to chase the BLM across the west with TROs as in the long run that would have no lasting effect and long range would not help the horses but instead we wanted to research and find a weak spot in the BLM’s armor, a little dent that they were unaware was present so if we pressed real hard we could thrust our suit into their vitals and maybe effect positive change for the future of the wild horses; our legal team found that spot.

But it did not take Terry and I long to realize that we couldn’t sustain this fight from our own personal finances for long.  It was then that I noticed sitting high up on the shelf in the library the dusty yet functional 501c4 Habitat for Horses Advisory Council so we cleaned it up, prayed for support, breathed some life into the organization and set out to be the “Legal Voice for the American Equine.”  What was created over a year earlier by three tired old cowboys over iced tea and BBQ was about to make a difference for the horses of the United States.

Last week you saw our first victory, we made the BLM flinch and if not for our legal team and the support of our plaintiffs the horses of West Douglas could have very well been under helicopter assault at the time of this writing.  And there is more to come, we are not going away, you have not heard the last of us for we have had a plan in the works and we are now working that plan.

Running a parallel course with our friends at Grass Roots Horse we can be an effective legal army against the horrific indiscretions of the BLM as they will never know which way we are coming, they will not be privy to the timing of our next attack and they will not be able to defend themselves in a court of law when indisputable facts are laid out for all to see.

We are in it to win, to win for the horses as the time has come to stop hurling only words at this rogue agency but to cut them off at their very knees and put them out of the wild horse and burro killing business once and for all.  Along with many other admirable groups, we plan to put a stop to this and it had better be sooner than later.

So for the love of the wild horses, join us, become one of us and let’s stand together as tax paying Americans and regain control over a government agency that has gone amuck.

We thank you for your comradeship, your valuable friendship and most of all for your most appreciated support.

Keep the faith as the horses are depending on us and we have no intention of letting them down.

Categories: The Force of the Horse, Wild Horses/Mustangs