Lots of Bravado but No Substance 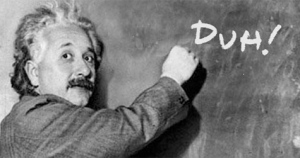 Chicago (EWA) – In an effort to appear credible, the United Organizations of the Horse (UOH) has created what it calls communication tools to “to help the horse industry counter hysterical anti-slaughter claims with sound science and common sense.”

The simple marketing rule of “know your audience” has eluded UOH which offers it “tools” to the horse industry that overwhelming opposes horse slaughter. A recent poll on Popvox, a barometer for Congress to assess support on legislation, indicates 76% support the legislation (S 1176) to ban horse slaughter.

One of the most egregious of Wallis’ “communication tools” is the total disregard of FDA and European Union food safety regulations. Wallis has actually written her own regulations on Phenylbutazone (bute), a medication routinely given to U.S. horses that is banned in horses intended for food. She doesn’t think it’s a problem for people to eat horsemeat that contains a known carcinogenic and which can cause other deadly diseases.

The “science and common sense” has already been determined and it is up to Wallis to follow the law, not rewrite it.

Food safety laws aren’t “hysterical anti-slaughter claims”. Wallis’ refusal to follow food safety laws by creating her own rules should be a red flag to Congress about the misinformation offered to support horse slaughter.

UOH also provides several resource documents that are outdated and do not portray current data on drug residues found in U.S. horses sent to slaughter. A glaring omission is the current report from the European Union that documents drug residues found in horses even though  the accompanying  paperwork, obviously falsified,  stated the horses were drug free [report Ref. Ares(2011)398056].

Wallis says the Humane Society of the United States has prevented her from opening a horse meat business. Wallis is referring to the defunding of horse inspections, without which commercial horse slaughter for human consumption is not legal in the U.S. The inspections have been defunded since 2006, and the House of Representatives voted earlier this month to continue the defunding.

Laws are not passed by a single organization but by the demands of constituents. This is what Americans want. U.S. horses are not raised or regulated as food animals and are not viewed as food animals except by those in the foreign horse meat business. Equine Welfare Alliance (EWA) and Animal Law Coalition (ALC) applaud Congress for being fiscally responsible by not wasting taxpayer dollars to fund inspections of a non-food animal.

With slaughter supporters like Wallis openly admitting the food safety violations in the horse meat business, Congress must step up to take the lead on food safety by swiftly passing the legislation that will end the slaughter of U.S. horses.