Call to Action: The Implied Threat of the BLM

“We Want Your Personal Info So We Can Abuse You” 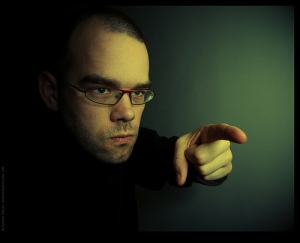 In this day and age there is plenty that is going on to keep one from sleeping well and gaining a good night of much needed rest.  Usually, I am pretty good at holding such monsters at bay and obtaining the required sleep to function properly for yet another day.  But last night was a different story, several words of text and droning voices kept nagging at me through the mist of the night and I could not shake the feeling of dread and the threat of an evil presence as I floated through the fog with my head looking squarely back behind at where I had just been.

The letters of the elusive words rushed by so quickly I could not read them and the raspy voice droning away was unintelligible until this morning when I entered my office and read the words as clear and crisp on my own computer screen from a blurb that I had written, yesterday.

It was a shocking revelation and one that should set off alarms to all free spirits that live in this once great land of ours…the words were uttered by our very own Bureau of Land Management (BLM) and they are a clear and present threat aimed at each and every tax payer in the United States as it came through loud and clear in a recent press release issued by the Nevada bureau in regards to their lack of transparency in planning for a hearing on the use of Helicopters in wild horse and burro stampedes.  They tried to slip the notice in under the radar over the past holiday weekend and planned the meeting on Tuesday the 29th of May immediately following the holiday.  Advocates’ caught it and spent their holiday attempting to right the wrong.

The BLM’s response, and they still held the meeting with few attending, is unedited below:

“Carson City, Nev.–The Bureau of Land Management Nevada invites the public to submit comments as part of its annual statewide hearing on the use of helicopters and motorized vehicles in wild horse management operations.

The hearing was held May 29, 2012 in Carson City, Nev. If you were unable to attend, or would like to submit an additional comment regarding motorized vehicles in the management of wild horses throughout Nevada from June 2012, to May 2013, we invite you to do so. Comments must be received no later than June 12, 2012. Only comments sent to the address, email or fax number identified below will be accepted and considered.

Comments may be sent by mail or fax:

Planned management actions include wild horse removals, aerial population inventory and distribution flights of herd management areas. Motorized vehicles, such as semi-trucks and trailers, and pickup trucks, will also be used to transport wild horses. BLM plans to use helicopters to help gather wild, free-roaming horses and burros from public lands in 2012 and 2013.

Of course, and as usual, the document is riddled with BLM posturing and self-justification but did you catch the last paragraph, do you smell the threat and feel the implied violence?  It is not only flagrant in it’s intent but obnoxious in it’s presentation.

In a nutshell it says:

“Go ahead, you sniveling vermin, feel free to comment on our actions and plans but as you well know, by now, we are going to do what the hell we want to do ANYWAY because we CAN.  And just to add a little adventure into the mix, if you are stupid enough to question us, or even give a rat’s ass, then we are going to label and document your personal information while throwing it out into the mainstream for all to see while we just sit back and play dumb, like we had no control over any of it, stuff just happens…we love you, America.”

I know there is a little literary license used, there, but you get my drift.  Not too often do I play the conspiracy theory card but in this case it is fairly well documented to say the least.

If you comment they will not only have your personal information but the Feds may elect to publicly trash you if the mood so moves them.

Is that what government has come to in the United States, a place where a federal agency can publicly threaten to disperse proprietary personal information so as to pervert and limit response to a controversial and unfavorable operation?

I would call it bold, brash and extremely dangerous.

We are all too aware that the BLM acts outside of the law with it’s obvious destruction and decimation of our native wild horses and burros on their rightful public lands but to document their distaste for those who give a voice to the voiceless is carrying things one step too far.

In the old days I would say we should write our Congressmen, our Senators and to call our local representatives but today things need to go to the next level with physical and direct action taking place as inaction and postulating is tending to get old, rapidly.

First, we as a group should clog that fax with as many comments as possible.  We need to burn up dozens of printer cartridges and shut the units down so that their normal business cannot progress.

Secondly, we must stuff their snail mail and email inbox’s and let this office know that we are NOT going to stand for this sort of insolence and YES, we do think that using helicopters and motorized vehicles is dangerous.

And thirdly, we sincerely need to get our act together and begin to function as one cohesive and well-organized body.  We, as equine advocates, must check egos at the door and learn to play nice as the only reason we have not gotten accomplished what needs to be addressed is because we go a hundred different directions at once while gossiping about what the other ones are doing; this has to stop and stop now.  There is a plan in the works to get this accomplished but imagine what power we could flex if we were not just the 80% in a survey but instead, millions in an organized membership/association.  Now THAT has clout.

The nightmare is real, the threat is apparent and the gauntlet has been thrown down.  Do we stand and fight or do we tuck our tail between our legs and run…?

I, for one, am going to fight and I intend to spread my personal information all over those comments, nothing to hide, nothing to be ashamed of as truth and honesty are the best, and only, swords to wield.

Let’s take out a few fax machines first and then clog a few inbox’s.

These overfed government workers have no idea of the power within the sleeping beast that they have awakened.

This is America and in this country, we don’t take kindly to being threatened.

“Turn up the Volume”