On March 28, 2017, a coalition of wildlife and conservation groups petitioned the U.S. Department of Agriculture’s (USDA) Wildlife Services (WS) and Animal and Plant Health Inspection Service (APHIS) to immediately ban M-44 devices in Idaho. M-44s are cyanide bombs used by WS to kill local predators such as coyotes, as part of a larger taxpayer-funded wildlife eradication campaign wherein WS, on behalf of the federal government, slaughters millions of wild animals every single year.

The recent hospitalization of a youth and killing of a family dog in Idaho who encountered one of these ground weapons near their home was one motivator for the creation of this petition. The document lists many other incidents of indiscriminate pet injuries and killings by M-44s in Appendix A.

The petition specifically calls on the agencies to: 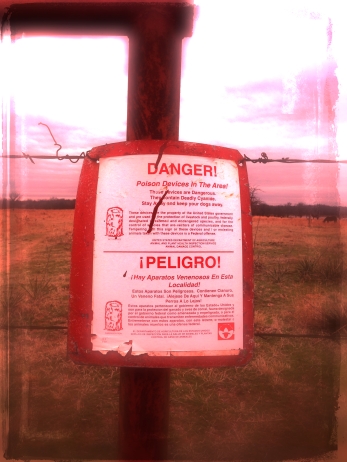 In November 2016, WS committed to cease the use of M-44s on Idaho’s public lands. Also, in 2016, a workplan between WS and the Bureau of Land Management (BLM) Idaho Falls District forbade the placement of these devices within a quarter mile of residences.

The recent incident with the teen and his pet occurred within a quarter mile of his home. The petition concludes this incident shows the “commitment to cease using M-44s on public lands in Idaho is inadequate to protect public safety and wildlife,” because either WS personnel are not carrying out the commitment or older bombs are still present on public land.

“Cyanide bombs are indiscriminate killers that must be banned,” Andrea Santarsiere, a senior attorney with the Center for Biological Diversity, said in a press release. “Any animal that might pull on the baited trigger is at risk, including endangered wildlife like Canada lynx and grizzlies, as well as people and pets. And in just the past few weeks these cruel devices have injured a child and killed an endangered wolf and several family dogs. Enough is enough.”

The petition also discusses how the cyanide bombs and other non-selective killing methods are actually unproductive because they disrupt ecosystem balances, can actually increase livestock losses and have not been shown to be economically effective.

Bethany Cotton, Wildlife Program Director for WildEarth Guardians, previously asserted to EnviroNews that “many ranchers peacefully coexist with coyotes and report no conflicts,” and that nonlethal predator response options include solar powered electric fencing and livestock dogs, amongst others.

“Ranchers can use less vulnerable types of livestock, hang flagging called ‘fladry,’ or actually put cowboys out there with their animals to discourage predator losses without resorting to demands for poisons and poisonous land mines that kill pets and non-target wildlife,” Erik Molvar, Executive Director of the Western Watersheds Project, told EnviroNews. He signed the petition on behalf of the coalition of environmental groups. “It is senseless and irresponsible for federal agencies to use taxpayer dollars to sow land mines and poisons in open country to kill native wildlife to prop up failing ranching operations,” he stated.