(In My Humble Opinion) by R.T. Fitch

Case Headed to Court this Wednesday 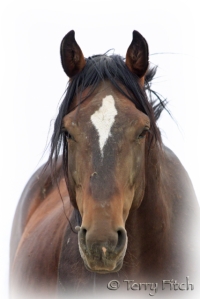 I wrestled with how I would present this situation to our readership; should it be a press release simply stating the facts or one of my personal notes that could give readers some insight into the big picture and what is actually going on…with your indulgence, I opted for the later.

Not highly publicized but on Friday we filed a Temporary Restraining Order and attempted to stop the Bureau of Land Management’s deadly Piceanse- North Douglas roundup as the BLM’s contractor had choked down and killed a mare on Thursday, the preceding day.  The court issued a stern warning to the BLM but allowed them to proceed while on the very same day of our filing the BLM killed a 7 month old foal and 3 year old mare bringing their murder count up to 3 which is a total mortality rate of 10% of all horses gathered up until that date.

Once again, our legal team reapplied for a TRO on Saturday with a teleconference scheduled with the court on Sunday morning, again, we were denied.  A great disappointment for anyone with a shred of decency or a sliver of compassion for other living creatures but in the big scheme of things, this is why the order is denied…remembering that we DO have a hearing scheduled on this case Oct 20th…our preliminary injunction is arguing a much bigger picture and not only a temporary injection.  We are going after the failure of the BLM to do their business correctly by using outdated and inaccurate data as a basis for decisions to wipe out entire wild horse herds and their inability to clearly understand several major points of law including (but not limited to) their expressed assignment to protect these American horses versus destroying them.  We are focused on that big picture and so is the court.

The BLM has assured the court that the horses will be returned to the range should they lose their case,  the court is holding the plaintiffs to the letter of the law regarding damage due to the deaths of the horses and the everyday individual is saying, “Huh?”

That’s the way it is, we are only days away from a hearing and we cannot beat the court over the head with what we feel is right in our heart of hearts.  This is about law and not about emotion.  As wrong and painful as it may feel we need to move forward and argue the case at hand in an effort to expose the legitimate weak points in the BLM’s tarnished and mildew covered armor.

I, personally, consider ourselves to be lucky to have a judge that is not under the thumb of the BLM as it appears many western judges are.  Likewise, the fact that he is actively studying the issue is both important and enlightening.  We need to maintain the positive mind-setand stay in the “upper loop” as we move forward.

But at the time of this writing, at several locations in the western U.S., the BLM in their twisted perception of the scope of their responsibilities is stampeding and killing American wild horses.  Ken Salazar, Bob Abbey and Don Glenn have managed to get themselves so very twisted up into and in bed with so many varied special interests and political agendas that they no longer serve the greater good of the American people or the wilderness/wildlife that they are charged to protect.

Tomorrow is another day.  Wednesday is the day of the hearing and we are all crossing our hooves that for the first time in many years something positive will happen for the wild equids of the Unites States.  May their pain be diminished and the tax payers of the U.S. gain back just a small fraction of control over a federal agency that is running totally out of control with leaders who are, obviously, breaking the law.

We “tack-up” for yet another fight.