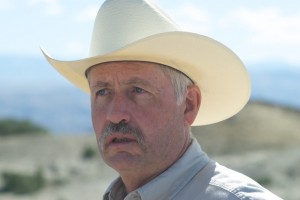 HOUSTON, (Horseback) – The controversial head of the federal Bureau of Land Management Wild Horse and Burro Program has quietly announced his retirement. Horseback Magazine learned through wild horse advocates that Don Glenn will be stepping down. There was no official government announcement.

“Don retired on his own volition,” BLM chief Washington spokesman Tom Gorey said. “no word yet on his successor.”

Glenn’s tenure as head of the program has been sparked by a record number of wild horse deaths during last year’s “Calico Gather,” misrepresentation of drought conditions to a federal judge by BLM lawyers, illegally banning over flights of its roundups against FAA rules, the capture of an iconic Palomino named Cloud and his band featured in three PBS specials, at least five major lawsuits, and coast to coast protests of the agency’s handling of a resource many consider a national treasure, the North American Mustang. He has also been caught in repeated lies such as saying “All of our gathers are open to the public” which he stated at a December 7, 2009 Wild Horse and Burro Advisory Board meeting.

Much of the criticism has been sparked by massive helicopter roundups in which horses are routinely hurt or killed.  The agency has also been criticized for removing wild horses from lands designated by Congress as sanctuaries, and then leasing those lands to stockmen for grazing at the rock bottom price of $1.35 per cow and calf per month.

The agency claims that horses are breeding themselves out of grazing land, however, the BLM manages 245 million mostly vacant acres in the West.

Knowledgeable sources speculated Wednesday that Glenn became too much of a lightning rod for controversy in an administration which doesn’t need any, or simply quit after being the target of close press scrutiny.