By Kurt Repanshek as published on National Parks Traveler

“The Secretary of Interior cannot override the (National Park Service) Organic Act conservation mandate, nor can he override the NPS regulations implementing it, which generally prohibit hunting in national parks unless specifically authorized by Congress,” 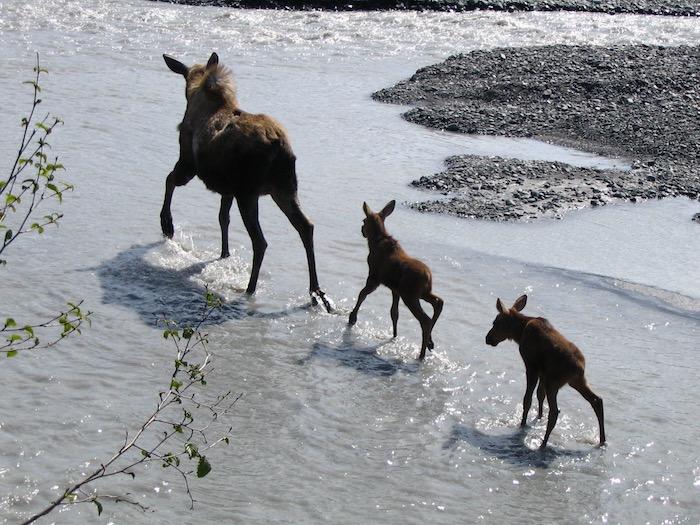 A law professor who long has studied public lands governance says Interior Secretary Ryan Zinke lacks the authority to order the National Park Service to weaken its wildlife management regulations, if necessary, to bring them in line with state guidelines.

The Interior secretary issued the order earlier this month, telling the bureaus under him that he “reaffirms” a 1983 policy that gives the states the authority “to exercise their broad trustee and police powers as stewards of the Nation’s fish and wildlife species on public lands and waters under the jurisdiction of the Department.”

Already the secretary has pushed the Park Service to relax its hunting and trapping guidelines on national preserves in Alaska to bring them in line with state regulations.

“State governments have established fish and wildlife agencies that are charged with the responsibility and mandate to implement those statutes ensuring effective, appropriate, and efficient conservation and management of fish and resident wildlife species, including providing citizens wtih the opportunity to enjoy those fish and wildlife species through regulated hunting, fishing, and trapping,” wrote Secretary Zinke last week in a memorandum to the National Park Service and other bureaus under his control.

Secretary Zinke then directed that within 45 days all the agencies under Interior must identify “regulations, policies, and guidance that pertains to the conservation and management of fish and wildlife species on lands and waters under their jurisdiction that are more restrictive than otherwise applicable State provisions for the management of fish and wildlife,” and then come up with a plan to “better align … regulations, policies, and guidance with State provisions.”

Possible issues could arise in parks such as Denali, Katmai, Wrangell-St. Elias and other National Park System units in Alaska, where the state has worked at times to reduce predators such as wolves to reduce their predation on moose and caribou, and; at Cape Hatteras National Seashore in North Carolina, where some in years past have objected to the Park Service’s management of threatened and endangered species such as sea turtles and piping plovers due to impacts on off-road vehicle access.

But Robert Keiter, a law professor at the University of Utah who is the director of the Wallace Stegner Center of Land, Resources, and the Environment and has written a number of books on federal lands management, said the Interior secretary can’t unilaterally issue such a directive.

“The Secretary of Interior cannot override the (National Park Service) Organic Act conservation mandate, nor can he override the NPS regulations implementing it, which generally prohibit hunting in national parks unless specifically authorized by Congress,” Professor Keiter said in an email. “At a minimum, Zinke would have to revise the NPS regulations (see 36 CFR 2.2) prohibiting hunting, and even that would probably not be enough to authorize hunting generally in the national parks given the Organic Act’s language about conserving wildlife and limiting the taking of animals to narrow cases.

“Moreover, in several cases, national parks (like Yellowstone) are under the exclusive jurisdiction of the federal government, so there is no legal basis for applying state laws in those federal enclaves,” he added.

Furthermore, Professor Keiter said the Code of Federal Regulations, under 43 CFR 24.4 specify that, “As a general rule, consumptive resource utilization is prohibited. Those areas which do legislatively allow hunting, trapping, or fishing, do so in conformance with applicable Federal and State laws.”

“So the language Zinke quotes from (CFR) 24.3 is modified by this and other provisions found in the CFR for national parks, all of which generally prohibits hunting in the national parks,” the law professor noted.

Secretary Zinke’s staff did not respond to an inquiry concerning the apparent conflict between his order and the National Park Service Organic Act.