Sources: Down to Earth and others

The US Senate recently approved $35 million for the ‘Path Forward’ initiative that critics say will wipe out America’s famed wild equines and open public lands to federally subsidized, cattle farming 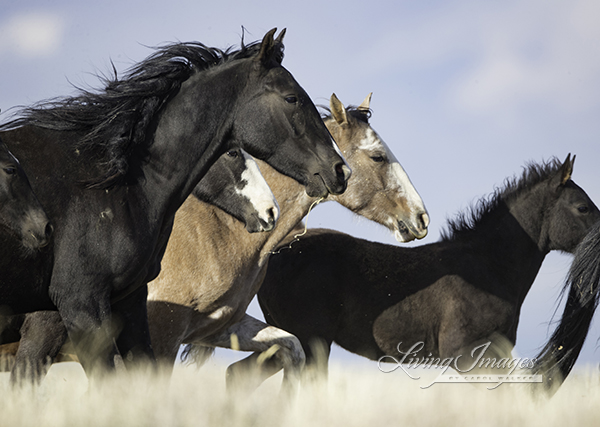 The move is primarily supported by the powerful American cattle and livestock lobby. This group wants to open the public lands, or those owned by the federal government, to industrial-level cattle and sheep farming, which would power the meat industry, which is also held responsible in increased greenhouse gas emissions.

On September 26, the Senate Appropriations Committee passed the Interior, Environment and Related Agencies Fiscal Year 2020 Appropriations bill, under which it approved $35 million for the Path Forward For Management for BLM’s Wild Horses and Burros programme.

Path Forward, allege its critics such as The American Wild Horse Campaign is an ‘inside deal’ cut by animal welfare groups in the US with the livestock industry to deal with the mustang issue once and for all.

‘Mustang’ is a term derived from the Spanish ‘mestengo’ (to mix) for horses brought to today’s US by Spanish Conquistadors. Over the centuries, many escaped from human control and became feral. For much of the modern era, mustangs have been seen as symbols of the American West, given their power, beauty and most importantly, their freedom.

They have also been seen as an impediment to control the vast West. Many were killed across the years, reducing their numbers. As a result, on December 18, 1971, then President Richard Nixon signed The Wild and Free-Roaming Horses and Burros Act of 1971 into law.

This law provides protections to “all unbranded and unclaimed horses and burros on public lands of the US”. Owing to the Act, there are now 72,000 wild horses and 16,000 wild burros in 10 states of the American West.

However, under Path Forward, as many as 130,000 mustangs and burros would be rounded up and removed from public lands over a 10-year period.

According to the programme, the captured animals would not be slaughtered for one year. However, given that the government won’t be able to finance the captive-held mustangs and burros for long, there is no guarantee of what will happen to them, before or after a year.

Even more shocking, the programme intends to reduce mustang numbers by sterilising the animals, that too by methods that are hardly humane.

According to the American Wild Horse Campaign, the US Bureau of Land Management (BLM), which owns the US public lands and is responsible for the management of the mustangs, the method used for sterilising would be ‘spaying’ mares or removing their ovaries surgically.

The advocates of the plan justify it citing the BLM’s estimation that 88,000 mustangs and burros are roaming public lands, a number more than three times the land can support.

Moreover, another 50,000 that have been removed in recent years are in holding facilities at an annual cost of about $50 million.

However, critics like the American Wild Horse Campaign say the number of wild horses on public lands is dwarfed by livestock. While wild horses occupy 17 per cent of these lands, cattle occupy 80 per cent.

Critics also call out the reasoning that the number of such horses is more than the lands can support. They say the methods employed for estimating the horses are outdated.

And all this for beef. According to this report, the US is projected to produce 27.43 billion pounds of beef in 2019. If realised, this will be the most beef ever produced in one year on record.