by Linda Russell, of KY3 News

“True to form, Wyoming’s Renegade State Rep. Sue Wallis has launched a rumor in the news that she is behind the opening of a predatory horse Slaughter plant in Missouri before the people of the state, and local community, are even aware of it.  We have all heard the assumptions and false predictions in the past but what is amazing is that anyone in the media community would actually pay attention to her miscues and innuendo.  Wallis even goes on to expound about how the bloody meat will be distributed, within the year, within the U.S. full knowing that the meat of US horses is banned in the EU due to drug contamination and that the overall all public consensuses is 80% opposed to the killing and feasting upon flesh of companion animals.” ~ R.T. 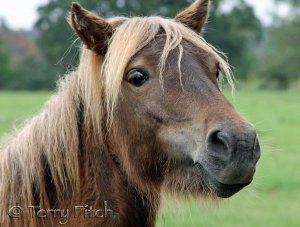 MOUNTAIN GROVE, Mo. — A company called Unified Equine wants the Ozarks to be home to its first processing plant for horse meat for human consumption.  The proposed plant would be just east of Mountain Grove near the Wright-Texas County line in the Twin Cities Industrial Park.

Unified Equine has been working on its business model for two years.  When federal legislation in November brought back the ability for the USDA to inspect horse slaughter plants, the Wyoming company got serious about finding its flagship location.

“We wanted a state that was supportive of our efforts, and the folks in Missouri are 100 percent on board with what we’re trying to do and how we’re trying to do it,” said Sue Wallis, chief executive officers of Unified Equine, as well as a Wyoming state legislator.

“Oh, I think it would be horrible.  People would be moving out,” said Mountain Grove resident Danita McCaig.

Many shudder at the idea of horse meat production in their back yard, but others in the agricultural area are showing support.

“If they got a problem with it, they can go somewhere else, I guess,” said Nathan Kelly, owner of Wright County Livestock Auction.

At the monthly horse auction, Kelly says horses often go for only about $50.  He believes a meat market would increase their value and lead to fewer horses living neglected and malnourished.

“If you have an owner who can’t give an animal away, can’t afford to feed it, if they’re working for $10 or $12 an hour, they can barely afford to feed their own family, much less their horse, so they’re going to take care of their family first,” Kelly said.

If the plant does come to the spot between Mountain Grove and Cabool, the horses would be slaughtered and processed all at the same location, about 200 a day in one shift, or up to 400 a day if there were two shifts of workers.

“Everywhere you go, everybody’s talking about it, the slaughter plant coming in.  It’s sad they picked Mountain Grove to do something like that in, because basically, we have a good little town here, and I’m not originally from here.  I’m a transplant, but I still have pride in the town, and I don’t want it abused,” said McCaig.

Wallis says the plant would initially bring 40 to 55 jobs to the area, with possible expansion to more than 100.  Some welcome the jobs, but others can’t stomach the idea.

“I don’t want it to be produced anywhere,” said McCaig.

Unified Equine and Unified Meats would distribute the horse meat to domestic, ethnic, specialty and gourmet markets here in the United States and across the world.  In some countries in Europe, Asia and South America, horse meat is commonly used for human consumption.  Kelly says some American horses are currently purchased for slaughter and trucked to Mexico or Canada.

Unified Equine is in a feasibility study now, but Wallis says, so far, all indications are the plant will be a go, and she hopes it will open this year.  KY3 received no comments Thursday from the Chambers of Commerce in either Mountain Grove or Cabool, or the owner of the industrial park where the plant would be established.