In Istanbul’s Princes’ Islands, over 500 carriage horses die in a year due to abuse, heat, overloaded carriages and exhaustion 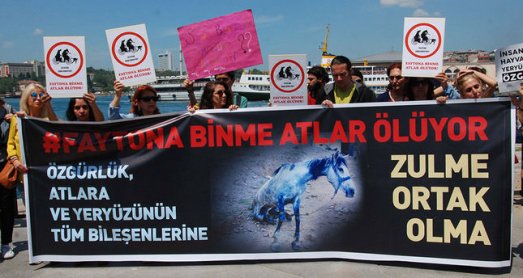 Think twice before you jump into a horse carriage in Istanbul’s Princes’ Islands this summer, as over 500 horses die in a year due to abuse, heat, overloaded carriages and exhaustion 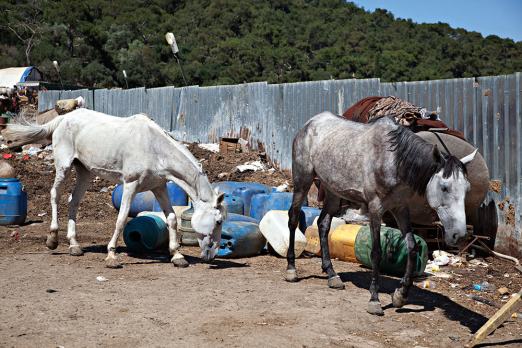 Most horses brought to the island are not fit for pulling the carriages, live in poor conditions, often without medical inspection (Sabah Photo)

Animal rights activists staged a protest on Sunday in front of the Princes’ Islands Pier located in Istanbul’s Kadıköy district to protest the abuse and maltreatment of horses used in the island’s landmark horse carriages.

Activists stated that over 500 horses die a year in the Islands, and using them for touristic purposes or horse carriage nostalgia is nothing but participating in the cruelty against the animals.

Elif Narin, the spokesman for the group, stated that each year over 500 horses die in the islands as a result of their lungs exploding (pneumothorax) while trying to carry people on steep roads, or they are involved in accidents and abandoned to die in the woods due to their injuries.

“Despite the claims of carriage riders, we are not quarreling with anyone’s bread and butter. However, we are not on the side of cruelty. We want to say that a source of income free of cruelty and blood, and transportation without engines and abuse is possible in the Islands,” Narin said.

Read the rest of this story HERE.