Written by Tony Gonzalez of The Tennessean 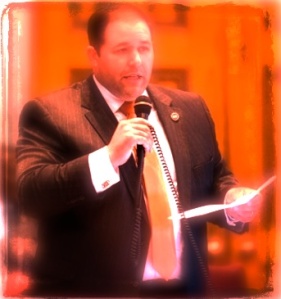 Controversial bills to bring more horse slaughter facilities to Tennessee and protect religious expression in schools were tabled Monday, leaving no guarantees that either will come up again this year.

The sponsor of both, Rep. Andy Holt, R-Dresden, asked that the proposals be “held on the desk,” a move that neither sends the bills back to committee nor reschedules another time for a vote. It leaves open the possibility that they can be discussed again but, in the short time remaining this legislative session, makes both long shots for passage.

Afterward, Holt said he may not have explained his bills well enough to convince his colleagues to support them.

“If we can’t get the job done this year, it looks like I just need to work harder and be better at explaining my position for next time around,” Holt said.

The technical maneuvers came at the start of Monday’s evening session, beginning with HB 3619, which would have created incentives to encourage horse slaughtering operations to locate in the state.

The bill had already lost steam after a similar measure was withdrawn in the Senate.