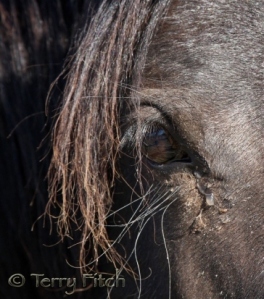 Mountain Grove, MO (EWA) – A bizarre chain of events has followed the contentious meeting of the Mountain Grove City Council on March 6th concerning the Unified Equine proposal to build a horse slaughter plant near the town.

Unified Equine CEO Sue Wallis claimed that the project would be a 50% partnership with Belgian company Chevideco, and that they would invest $6 to $7 million in a plant that would be designed by Dr. Temple Grandin.

But during the meeting city residents became inflamed by a presentation given by attorney Cynthia MacPherson, cataloging the pollution and crime that Chevideco’s Dallas Crown facility had brought to the town of Kaufman Texas.

When banker Roger Lindsey rose to defend the project he was shouted down and left the meeting. The unanticipated public anger touched off a series of events. First, the director of the Mountain Grove YMCA announced that he would no longer permit Sue Wallis to hold a planned meeting there on the following Monday.

On her facebook page, Wallis explained this apparent snub by saying “We have not spoken to him directly, but it is my understanding that the YMCA director received death threats to his family, and to sponsors of his organization, We have heard directly from other community members that they have received threatening letters just for publicly expressing their support for the project.”

EWA contacted the Missouri State Police, the Mountain Grove police department and the YMCA director, Chad Watson. State police captain Duane Isringhausen, told EWA’s John Holland that he had received no such reports. The Mountain Grove police said they had heard the report and investigated but that they could find no evidence of threats being made to anyone. YMCA director Chad Watson said he had received no threats and had moved the meeting when he learned of its subject. “This place is for the children”, said Watson.

Wallis announced that the meeting had been moved to the Wright County Livestock Auction, and that while the public was welcome, anyone being “disrespectful” would be evicted. On March 10th the auction owner, Nathan Kelly, said the meeting would be closed to the press. Kelly said he had been “lambasted” by people opposed to the project.

MacPherson told EWA that she is encouraging people to stay away from the Wallis meeting; however postings on the popular Topix blog show some residents plan a peaceful protest outside the auction.

The media ban was not the end of this bizarre episode. In subsequent interviews, Wallis was quoted contradicting her earlier claims of backing from Chevideco saying that she did not have an agreement, and that she would likely depend on local investors. This revelation follows the earlier statement by Grandin that she knew nothing of the project.

EWA’s John Holland summed up the situation saying “It now appears that Wallis, rather than bringing millions of investment dollars into the area, intends instead to borrow millions from the people of Missouri to have someone who had not been told of the project build them a horse slaughter plant that they don’t want! What could go wrong with that?